The Man from Orange

The rainy spring had kept the garden growing and the lawn green. Because the house is built on a large outcrop of rock it takes only a few days of rain for our lawn to turn into a lake and the field behind to become sodden. This situation worsened when a water pipe running under the field burst. The water was coming from an old reservoir which we shared with our neighbours and used on the garden during dry spells. 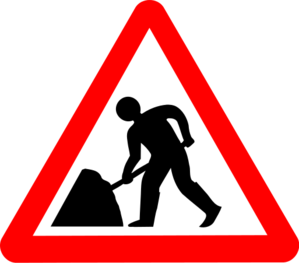 The precious water was gushing into the lake that used to be our lawn and so a man with mini-digger was hired. A hole about 2 metres deep quickly appeared, with hubby at the bottom, looking for the broken pipe. As they worked they came across various wires running through the soil. There were no protectors or anything to say what these were and they were in the way so hubby got his snippers and hey presto! The annoying wires were dispensed with and forgotten about.

A couple of days later I noticed that our internet and telephone had gone down. The hateful job of ringing Orange fell, of course, on me. I was whizzing down the hill on my bike a few days later when the Orange van passed me, going in the opposite direction, towards our house. I chuckled to myself. Hubby would have to deal with this one on his own. After a very nice day out with the girls I returned home to find hubby with a larger than normal glass of red wine in his hand and a glazed expression in his eyes.

“What happened?” I asked, innocently.

“The man from Orange came,” he said, taking a large gulp of wine. 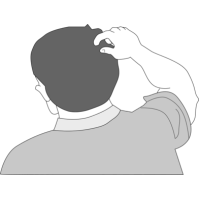 The engineer had been unable to speak English and as we all know, hubby can say only ‘je suis en plein forme’. But they had managed to communicate somehow and the engineer was very puzzled by our problem. He walked around scratching his head and then asked hubby where the junction box was. They walked around the field together while the engineer consulted his little device.

“It’s 100 metres from here — in that direction,” he eventually pronounced, pointing towards the house.

Suddenly, hubby put two and two together and remembered the huge hole he had dug and the cable he had snipped with his clippers. “I think it’s here,” he told the man, pointing at the place that had been dug up. The man shrugged amiably, passing hubby a scrap of paper. Hubby realised he was telling him to call once he had re-excavated the hole.

Hubby dug manically and finally got down to where the cable had been cut. Wanting to get the man back straight away but not capable of speaking in French, on the phone or otherwise, he visited each of our neighbours in turn. The only one unfortunate enough to be in was Sally, who gamely agreed to call. A relieved hubby got back to the field just as the engineer arrived after his lunch and the pair strolled over to the newly dug hole.

Hubby couldn’t believe his eyes – the hole had filled with water! Hubby shrugged at Orange man and Orange man shrugged at hubby. This went on for some time until hubby ran off to find a pump. It turned out that Orange man was a very obliging bloke. As he watched hubby up to his waist in dirty water he too put on his boots and got in and eventually the job was done. We expected a huge bill for this but … nothing has arrived yet (hopefully the staff at Orange are not reading this blog).

Spring turned into summer but the weather remained unpleasant. We sat disconsolately in our yurt as a cold rain thundered against the roof. It was only then that we realised why the putting-up-of-yurt instructions had said that the platform must not exceed the size of the yurt. Water ran down the walls, seeped underneath and formed nasty puddles under the bed. Everything started to smell musty. Hubby had to glue a strip of rubber all along the edge to fix the problem. He had also constructed a compost toilet as well as a makeshift kitchen. We had a supply of water supply from a hose, but no hot water for showering.

The mas was now occupied by a Spanish family, who, to our surprise never seemed to leave the house. OK so the weather wasn’t great, but what on earth were they doing in there? As the week went on the weather worsened, raining continuously for several days. I sat glumly in the yurt with a pile of books, worrying about what our guests would be doing, while hubby braved the weather to create some semblance of a kitchen under the dripping trees. At least, with all the rain the vegetables were growing, right? The veg plot was in fact becoming a jungle, the cucumbers looking like triffids and threatening to take over the entire garden. The dog decided he’d had enough and disappeared, while the cat appeared to go berserk racing around the yurt and up adjacent trees. We were all going a bit mad.

The Spanish family departed and we were saddened to find some damage. Now we knew what they had been doing — they’d evidently amused themselves by throwing furniture at each other. A stool that had been hand-made for us from a special tree on the Brantwood Estate in Cumbria had been sheared across the top, as if someone had taken an axe to it. It was now in two pieces and only good for firewood.

We then found the septic tank overflowing and a stream of smelly stuff heading perilously in the direction of the swimming pool. Luckily, in a previous life hubby had specialised in this sort of thing and it was not long before he sorted the problem out, but it seemed that the previous house guests had been flushing things down the toilets. The summer was turning into a bit of a nightmare.

Arthur and Jo tried to cheer us up by cooking up some orange mushrooms that a neighbour had given them. “These are the king of mushrooms,” Jo said as Arthur piled some onto my plate. They were very tasty. And what was even better was that I knew where the helpful neighbour had collected them, as I had spotted him while on a walk the previous day. He had looked very shifty and now I knew why. Mushroom collecting? Pfft! Easy! 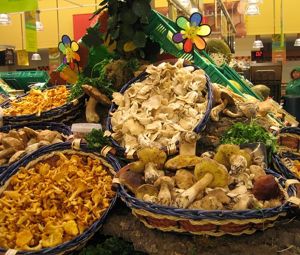 Some time previously I had made contact with a group called Cancer Support France. This has the admirable aim of providing practical and moral support to both people living with cancer and their friends and families.

With the idea of starting a ‘yoga for cancer’ group and to support the cause in general I attended a couple of training sessions and offered the use of Mas Pallagourdi as a drop-in centre.

A date was arranged and advertised, and various people offered to come along and help out. About a dozen people gathered in the garden on the appointed day, some of whom were widowers who had recently lost their wives to cancer. 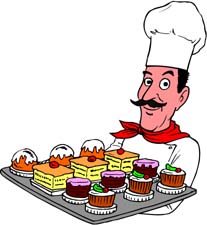 Helping out were some other folk, all with their own agendas. One of the helpers starting telling the captive audience that conventional medicine was of no use whatsoever and people with cancer would be better off using Love Rays. Unsurprisingly this went down like a lead balloon. A heated debate followed and in the middle of it who should waltz in carrying a tray of cakes, uninvited and unwelcome? None other but the Scarlet Pimpernel, aka Screenwriter Man.