When I first moved to the Vallespir my friend Jacqui found it highly amusing that visiting the local vinegar producers within the region was one of my top priorities despite the fact that I was sleeping on an air-bed having not found the time to buy a bed!

I have been impressed by the difference in the styles and tastes of the vinegars available from the Vallespir vineyards. The latest addition to my collection of single estate vinegars is from Treloar Vineyards, which nestles into the base of Mount Canigou. It is wonderfully sweet yet savoury.

I was told by one vineyard in Cosprons that I am the only English visitor they have ever received, I can only hope that I made a good impression on behalf of England! The use of vinegar is not new to Catalan cookery and was probably introduced by the Moors.

Throughout the spring and summer the farmer’s markets in the Vallespir are laden with baskets of tiny potatoes (the size of marbles) and bunched fresh onions (like huge spring onions) and these ingredients, along with the wealth of show-stopping vinegars from the region inspired this dish. I would suggest that you use locally reared free-range or organic chicken joints. The Boudin Blanc/Butiferra Blanca is optional and white pudding could be used as an alternative*. A pleasant twist to this dish is a handful of Padron Peppers added when you remove the chicken then cook the dish for a further 10 minutes to enable the peppers to absorb the flavours (you can buy Padron Peppers from Brindisa and Waitrose).

* People are often wary of white pudding, but I must say, the tastiest roast pheasant I have ever encountered (in Glenisla, Scotland) was stuffed with white pudding. My friend Janet always stuffs her Hogmanay pheasants with white pudding and then slow roasts them in the bottom of the Aga, and the white pudding absorbs all the meaty juices and flavour from the pheasant. Ultimately, if you don’t like it, don’t use it, but maybe give it a try before ruling it out entirely. 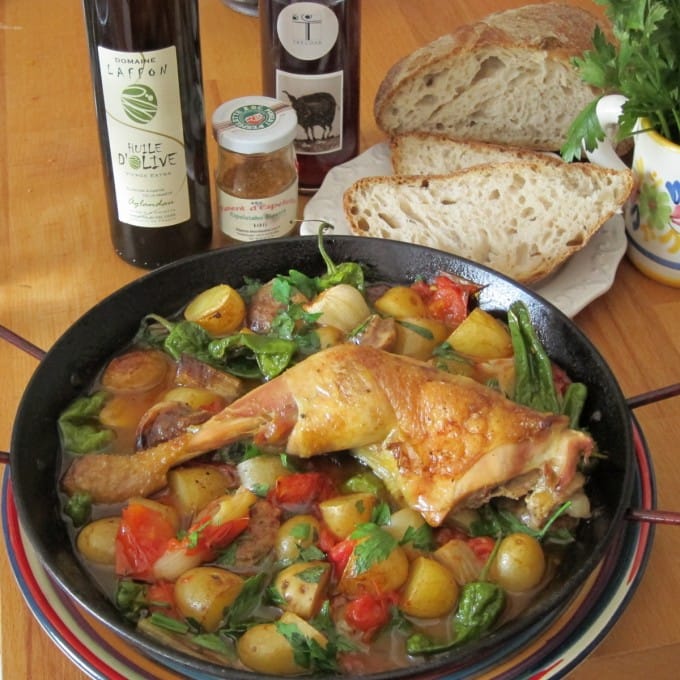 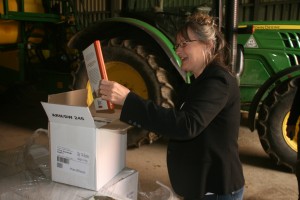 Visit Hilary’s blog  for a slightly more modern take on Catalan recipes, or order her new book, Sourdough Suppers’ on Amazon.fr or ebay.fr or by email at hilaryjj@btinternet.com