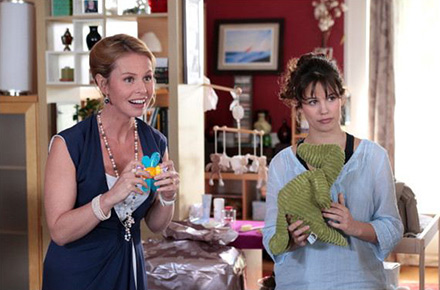 This new series for France 3 , produced by Italic Bankizz Productions, will film four episodes of 52 minutes in Montpellier and its surrounding area for 2 months from April 2 to May 27, 2014.

Most of the technical team comes from the region, with around thirty local actors and 300.
Adaptation of the British series ” Rosemary & Thyme “, created by Carnival Films & Television Limited, “Crimes et botanique” tells the story of two  fifty-something landscape gardeners who use their business for a bit of extra curricula  sleuthing.

Synopsis: Laure and Marjolaine  specialize in the creation and maintenance of parks and gardens.  With a portfolio of clients ranging from the rich and famous or the village in need of makeover to private schools, local communities, hotels and sports associations, they get around.
A keen sense of observation and an unhealthy curiosity leads them to become involved with a dubious suicide, suspicious death, unexplained disappearance …