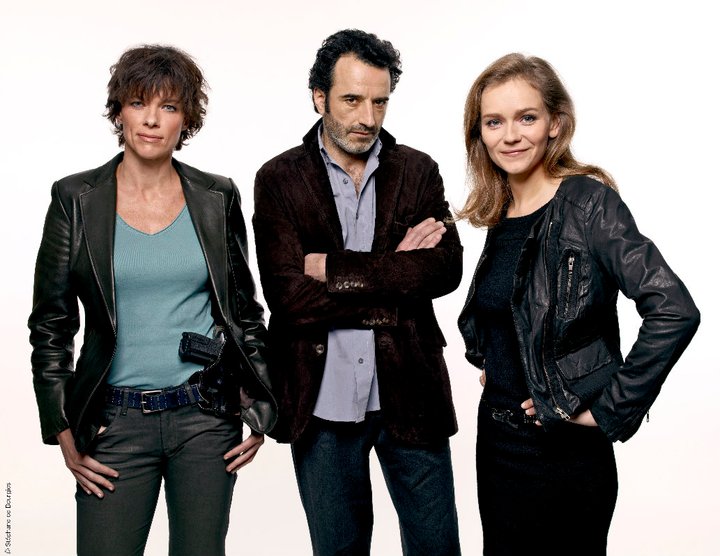 Filmed in and around Montpellier,  Antigone 34 is a new, 6 part TV detective  series, whose first episode will be broadcast on national television, France 2, on Friday March 23rd at 8:35 p.m.

Starring Anne le Nen, expert in Krav Maga*, Claire Borotra et Bruno Todeschini as cop, psychologist and  doctor, the storyline follows these three unlikely characters as they unite to combine their skills against a powerful enemy.

Antigone 34  is the name of the police station where Lea (Anne Le Nen) works. For viewers unfamiliar with Montpellier,  Antigone is actually the name of the  neoclassical quarter of the town, designed by Catalan architect Ricardo Bofill in the late.

Episode 1
Faculty of Medicine, Montpellier. The body of a young student is found murdered…..

Languedoc-Roussillon Cinema has been present during the making of the 6 episodes of Antigone, involving 252 people and 300 extras.

Krav Maga – a ‘no holds barred’ fighting style whose aim is to finish the fight as quickly as possible and therefore all attacks are aimed towards the most vulnerable parts of the body.