Are you sitting comfortably? Then I’ll begin!

My middle daughter (9 years old) came back from riding one day crying her eyes out… her friend had a little adorable piggy but they were moving house and they couldn’t keep it anymore. She begged and begged me if we could take it. 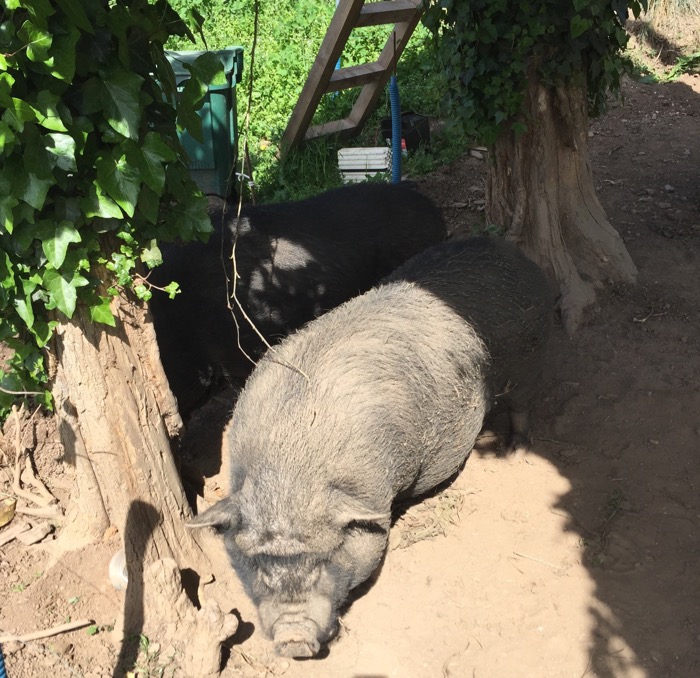 They only wanted 20 euros for it.

She saved up just enough pocket money, so she could buy it herself!! ‘”Can I have it Mum? Can I?”

I’m a bit of a softy…..I wasn’t sure…..so my apathy was taken for a yes, and the very next week she arrived back from the stable with Mr Pig in the boot of a friend’s car! Decision made then!

Looking at Mr Pig, he was actually not so little and not particularly cute after all.

Then came my next ‘blond’ moment… I actually believed it when I was told that it was a French House Pig’ and they live inside the house with you! 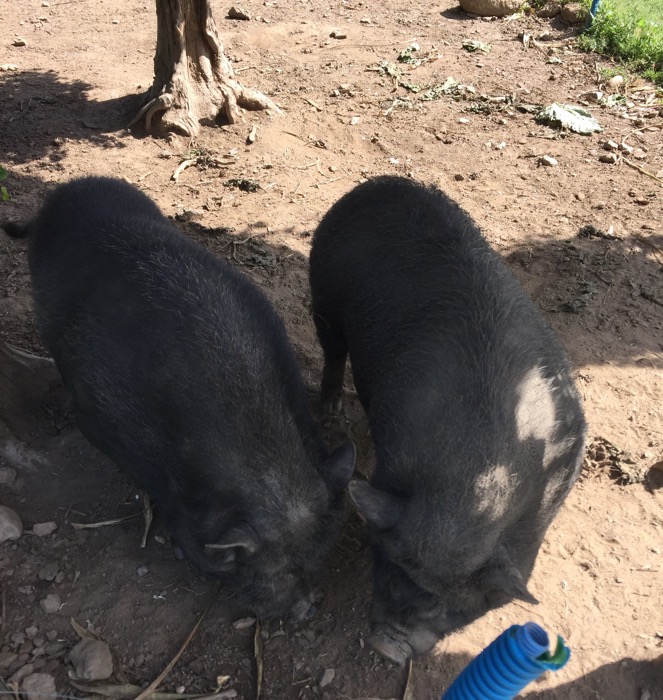 So for the next week or 2 we had a hefty sized black hairy pig snorting and trotting round the house, with  his own bed, feeding area…..just like any house pet really.

Of course all our french friends thought it was an ‘English’ thing and that we were bonkers.

Well, eventually and inevitably, once the rugs were waterlogged with pee and the stench was unbearable,  Mr pig was relocated to Le Jardin. We made a little piggy house for him and all was well… but it wasn’t long before I was sucked in again.

So yes. Daughter went off with hubby to a farm to buy a piggy friend for our Mr pig, returning with not one bbut TWO  new pigs. They were sisters and they couldn’t bear to split them up.

Soon,  Mr Pig had his wicked way with his new housemate and Baby Pig appeared to make a nice even number. FOUR (yes 4) pigs, ( I think we got off lightly as usually a pig’s litter is quite substantial).

Anyway, to cut this pink and curly tale short, gradually they have eaten our garden bare. We made a pen for them and every few months we’ve been relocating pen and pigs to different corners of the garden while we try and grow a lawn back.

So there we have it. This is the true story of the  3 not so little pigs, friendly,  harmless, great at clearing land…. They  eat all our leftovers so we never have any waste, they’re great for the environment… but kind of a bit surplus to requirement now!

Any takers??? FREE TO A GOOD HOME!