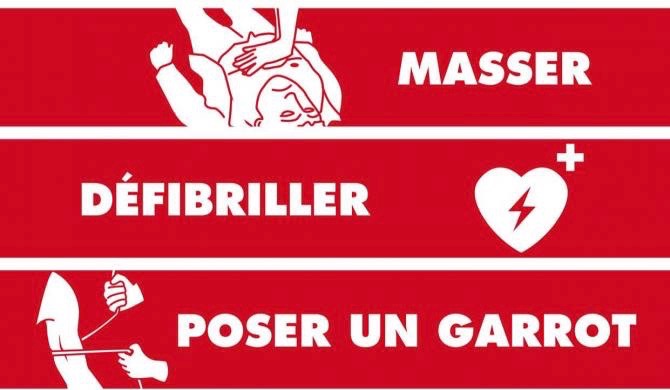 Register for these free ‘initiation aux gestes qui sauvent’ courses which can help you to save lives by stabilising injured people during those crucial moments before the arrival of the emergency services.

After the tragic events that have marked France in 2015, many people have expressed a desire to learn the necessary steps to save lives in the aftermath of terrorist attacks, or indeed road accidents or any crisis requiring quick and competent care.

To meet this demand, the Ministry of the Interior, alongside the emergency services, is organising free introductory training sessions of two hours long, throughout February.

At the end of the session, each participant will receive a certificate.

During these free sessions, first aid techniques will be taught: how to alert the emergency services, massage, defibrillation, putting on a tourniquet, treating bleeding…..gestures that could save lives in a crisis.

Most of the courses will take place at the local firestations.

CHECK OUT THE TIMETABLE OF COURSE AVAILABLE HERE

LES SAPEURS-POMPIERS
The word ‘pompier’ comes from the verb ‘pomper’ (to pump), referring to the manual fire pumps that were originally used at fires. ‘Sapeur’ probably comes from ‘saper’ meaning to undermine or destroy, as early firefighters often had little choice but to knock down whole buildings to stop a fire advancing.

The French fire brigade, les sapeurs pompiers, are not just called out for fires. Trained and equipped to deal with medical emergencies, they are very often the first responders to be called for both road and domestic emergency medical situations.

With approximately 250 thousand fire fighters throughout France, only 30 to 40 thousand are ‘professionals’ (SPP) on a regular salary – the rest are volunteers, (SPV) paid peanuts to risk their lives when fires break out! This is worth remembering next time you reach into your pocket to make a donation to a fire fighter event, or for the yearly Christmas calendar.

In smaller communes, the emergency sirens of the ‘réseau national d’alerte’ ( RNA) blast out in short sequences to alert volunteer firemen to man their posts for fire or accident. However, most towns now use the more modern and somewhat quieter system of the beeper on the belt!

Don’t panic though if you still hear the regular air raid sounding racket, as this national network of 4,500 sirens is tested out for one minute on the first Wednesday of each month at midday. DO panic if you hear the siren sound in three sequences of 1 minute each, separated by a silence of five seconds. This warns of imminent and major catastrophe