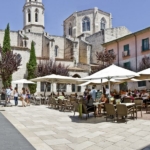 Free bus service to Figuères – Great news for tourists in the P-O as during the summer there is a twice weekly free bus service between Perpignan and Figuères (with pick ups also at Saint-Cyprien and Canet). The bus is always packed full of tourists taking advantage of the cheaper shopping and the chance to visit the Dali museum – but mainly the shopping. The authorities in Perpignan are said to be ‘furious’ about the scheme, and accuse the Spaniards of ‘hi-jacking’ their tourists. The tourists remain delighted with the scheme, with one saying “If I had known earlier, I would have come every Tuesday and Thursday. We were so disappointed in Perpignan, there is nothing there3.

Accident on A9 causes major hold-ups – The busiest travel weekend of the year got off to a very bad start following a serious accident involving a 9-seater vehicle and a lorry. Although one lane remained open, traffic flow was disrupted for 8 hours while the emergency services evacuated the injured, and huge detours were put in place.

Heatwave alert – The pyrénées-orientales is one of 4 departments officially on ‘Orange Alert’ as the second heatwave arrives. Temperatures will begin to climb again from Monday, with ‘scorching’ temperatures (between 35 and 39 degrees) arriving from Thursday onwards.

Violence in Perpignan – The spate of muggings continues in Perpignan, and police are calling for witnesses in an attempt to solve the latest crime. An 88 year old lady who walked with a cane was thrown to the ground by a man who stole her handbag. She suffered numerous fractures.

Scam alert – The prefecture of the P-O have advised anybody registered as a business to be very suspicious of any demands to make a payment to be on a public accessibility register. These demands can come by letters, emails or phone calls, are sometimes threatening and aggressive, and they encourage people to pay online for non-existant or non-legal benefits. 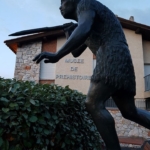 Top of the Pops – Figures just in (dating from 2017) list the most popular tourist attractions in the region. For Museums, Tautavel, Cérét and Rigaud top the charts, for Historical Sites the top trio is the Royal Castle of Collioure with 149,359 visitors, beating the Palace of the Kings of Majorca (91,808) and the Fortress of Salses (83,774). The out and out winner turns out to be the lake of Villeneuve-de-la-Raho – with approximately 1.2 million visitors.

An update to last week’s story about the high-speed car chase through Amelie-les-Bains. The man who was the passenger in the drug-filled car has escaped from hospital. He had jumped 10 metres into the Tech river in an attempt to evade the police, but injured himself very badly. In hospital he was found to have a broken pelvis and an open fracture of the tibia. As he was in such a bad condition, and also on a drip, he was not considered a great security risk, so when he asked to make a phone call, a staff member gave permission. He was last seen being wheeled out of the hospital by an unknown female and is still on the run – but very slowly….