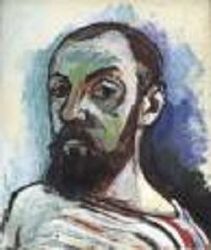 In Spring 1905, Henri Matisse landed in Collioure, searching for light and a new style of painting.

It was in Collioure that he painted the famous Open Window, with vibrant colours and reflexions that did not fit in with the expected – vermillion masts of blue boats floating on pink waves below a sky of turquoise, and pink.

This unconventional use of colour provoked an outrage. When Matisse exhibited Open Window, later in the year at the Salon d’Automne in Paris, audiences were shocked by this painting and similar works by Matisse, André Derain, their friend Maurice de Vlaminck, and others. It was reported that people scratched at the canvases in derision, and a critic, noting the presence of a Renaissance-style statuette in the centre of the room, joked “Tiens, Donatello chez les fauves” (Well, well, Donatello among the wild beasts). 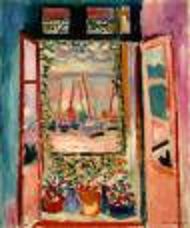 artists were being called the fauves, and the exhibition room la cage. The world glimpsed what art would be in the twentieth century as the fauves became the forerunners of free expression of colour.

“When I put a green,” Matisse was reported to have said later “it is not grass. When I put a blue, it is not the sky.” And so fauvism was born.

Matisse was a native of Cateau Cambrésis in the north of France so the beauty of Collioure with its bay and Catalan fishing boats, its terraces of vines sloping down to the sea, was bound to seduce him.

He arrived on the 16th May at the station hotel, Hotel de la Gare or “Chez Rosette”, dressed completely in white, with the intention of painting, not what he saw, but what he felt. That Summer he was joined by Derain, who was also looking for something new, and together, they worked towards what was later to become Fauvism and a turning point in the history of art.

Now put these French sentences into the right order to describe the text in French.

SCROLL DOWN FOR ANSWERS…but don’t look until you’ve had a go! I’m watching you!