If you keep your eye on the English press, you may have spotted that 2022 sees the twentieth anniversary of CRUK – Cancer Research UK.  This  is now one of the largest independent cancer research institutes in the world.

You may have seen our CSF banner and attended an event, but do you know how it started and what it does? 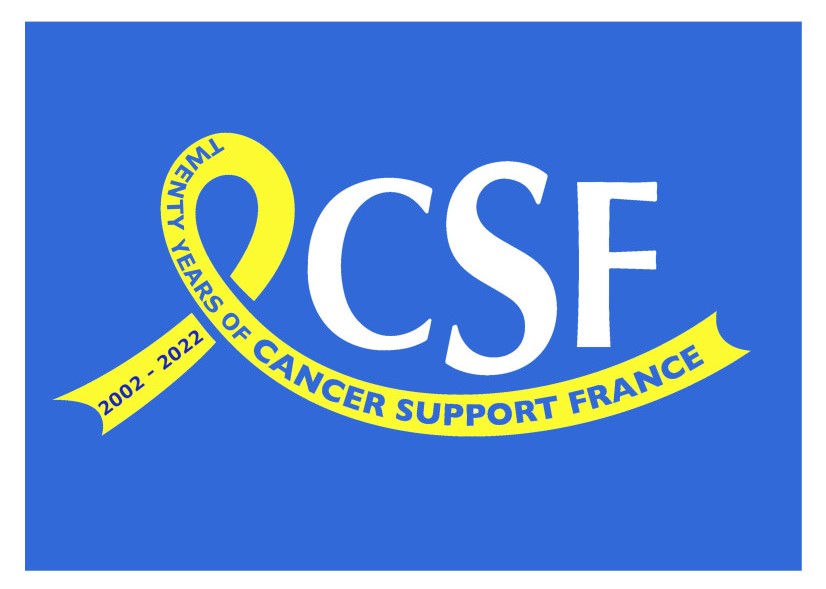 CSF began life in 2000 around a kitchen table in the Poitou-Charente after it’s founder, Linda Shepherd, struggled to come to terms with her radiotherapy treatment.  A fluent French speaker, Linda needed to unburden in her mother tongue.  She simply could not express her deepest fears in a foreign language.

On discovering other English speakers in the area with similar problems, she started a regular coffee meeting in her home.  Linda became aware that it was not only the patient who was being affected by the illness and its treatment.  Partners, family members and friends, were struggling with their own problems and were invited to join.

Soon Linda was providing a service by telephone for those who could not make the coffee dates and in 2002, with the support of her oncologist, Linda was encouraged to register as a French Loi 1901 not-for-profit association.  The kitchen table became a small office in her local Mairie and Cancer Support France was born. 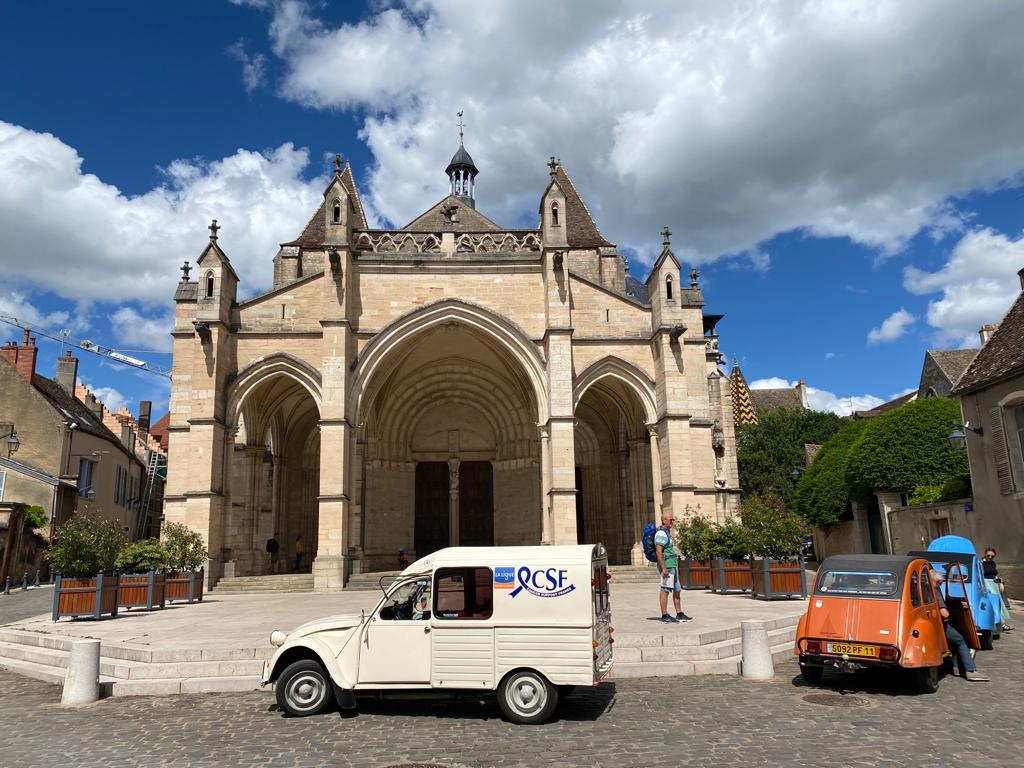 The aim of the association was (and still is): To support English-speaking people living in France who are touched by cancer, whatever their nationality or country of origin.

Support is thus given to anyone as long as they can communicate in English and the use of the word ‘touched’ ensures that others within the patient’s entourage are included.

CSF, however, is not a coffee group or a friendly telephone call.  Linda recognised that what was offered could be so much better than a ‘chat’ if her members had training in the art of active listening.  Initially, Macmillan were happy to help and, since then, CSF has developed its own training programme to reflect its unique situation – supporting people who are struggling to handle a serious health situation in a foreign country and a foreign language. 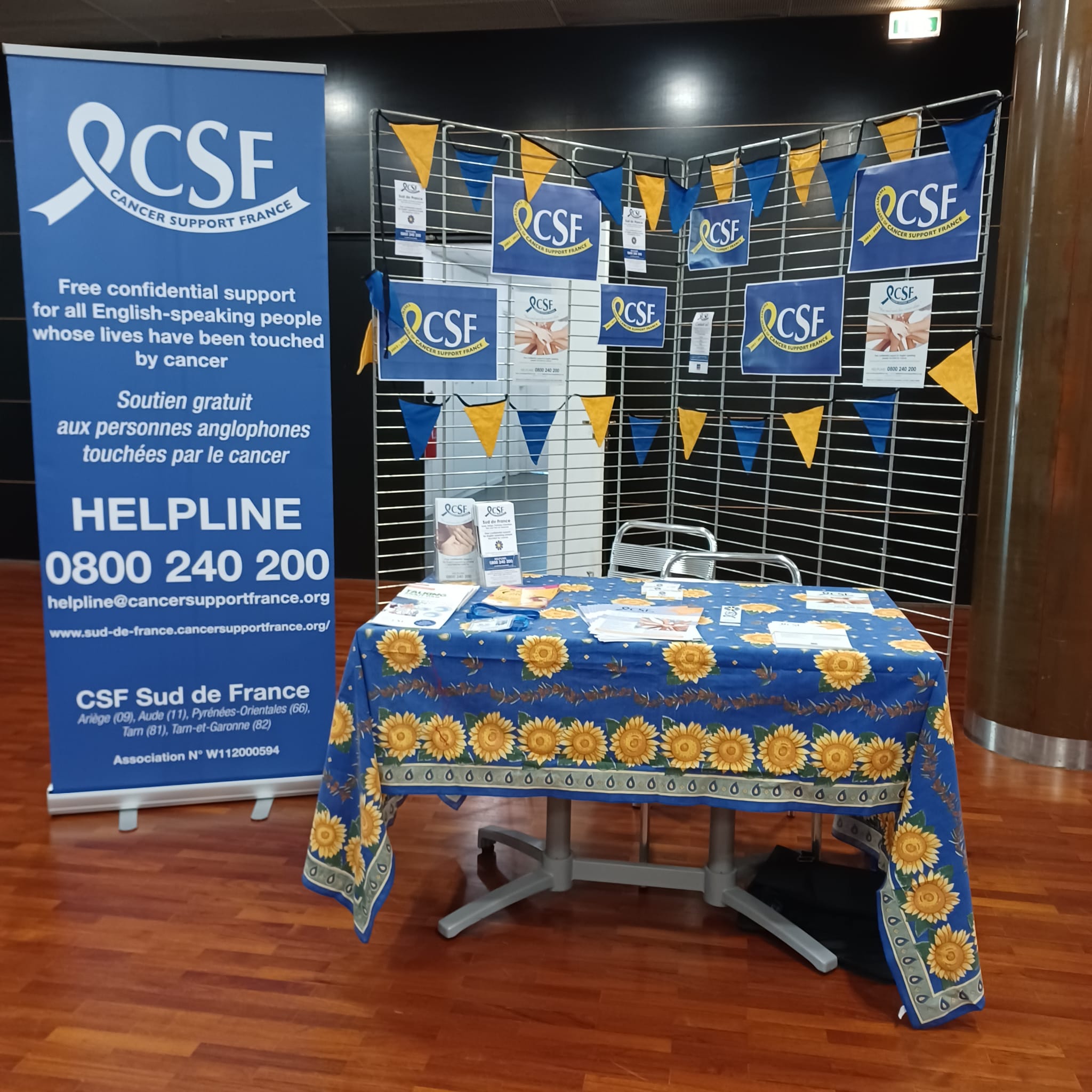 Although telephone support can clearly be given from anywhere, some people were needing more ‘hands on’ help.  In particular with the language.  Like Linda, it is not only those who speak poor French, many people find that their powers of expression diminish as they try and come to terms with a life threatening illness.  As a result, new CSF associations sprung up, initially in the Charente and Dordogne area and then slowly across much of France.

To ensure that all these new associations were themselves supported, CSF (National) was created in 2010.  Linda became its first President.  The national association, amongst other things, provides the CSF website and Forum, liaises with national and international organisations like ECPC (European Cancer Patient Coalition), and, most importantly provides a national telephone and email helpline.  These are monitored by active listeners from various associations and a response within 24 hours to any contact is guaranteed.

Before she retired from active involvement in 2014, Linda’s final achievement was to sign a partnership agreement with La Ligue contre le cancer.  This gave CSF the right to use the La Ligue logo on its flyers and website.  More importantly, with La Ligue being known to every French person, the status of CSF as a respected charitable association was assured.

Today there are 16 CSF associations, all affiliated to CSF (National).  Some associations cover a small geographical area, others, like our local association, support people in multiple departments.  Despite that, there remain parts of France which do not have a local association and people in these areas can still receive support by phone, by Skype, email, Zoom and so on.  Even language support can be given by telephone with the consent of the medical team.  No-one who needs CSF is ignored.

As CSF associations are operating in vastly different areas of France, with varying membership, it is impossible for each association to provide the same support.  In CSF – Sud de France,  which covers the Aude and Ariège, Tarn and Tarn-et-Garonne, as well as the Pyrénées-Orientales, our active listeners provide both language and emotional support.  They liaise with hospitals, with La Ligue and with other local patient associations.

We run monthly coffee groups in all departments, as well as annual events.  Here in the Pyrénées-Orientales, we have two coffee groups, one in Céret and the other in Prades.  We also have a monthly book exchange at Laroque des Albères.  In addition there are various events during the year to raise both the profile of the association and necessary funds.

With all CSF members being volunteers, the funds that we raise are used solely to support the work of the association.

This year we will be celebrating the twentieth anniversary of CSF during our Activity for Life at Maureillas las Illas on September 8th .  If you are not aware of this annual event, there will be two walks, as well as petanque and chance to win something on the tombola.  Over lunch there will be music with ‘2 Partout’ and drinks and food will be available to supplement your picnic.

Do come and celebrate with us.