WALK THE REGION WITH TED AND KATE

This is a comfortable jaunt around a valley to the south of Banyuls-sur-Mer. It involves gentle climb to Puig del Mas followed by a short but steep climb along the beginning of the ‘Chemin de Walter Benjamin’ before re-joining a road that stays on the level at Col del Bast and then descending back to Puig del Mas. Good footwear is advised. 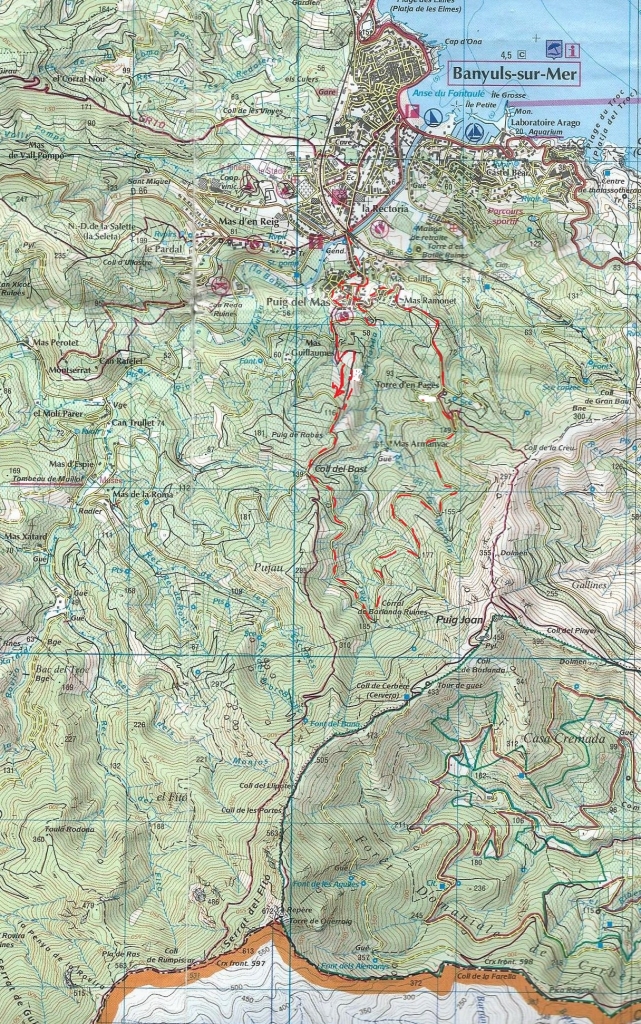 Head for Banyuls-sur-Mer, either by car south along D914 (or take the 1 euro bus), turn right at the roundabout on the sea front and head along the Avenue du Géneral de Gaulle to the monumental 18th railway bridge that crosses the river Baillaury. 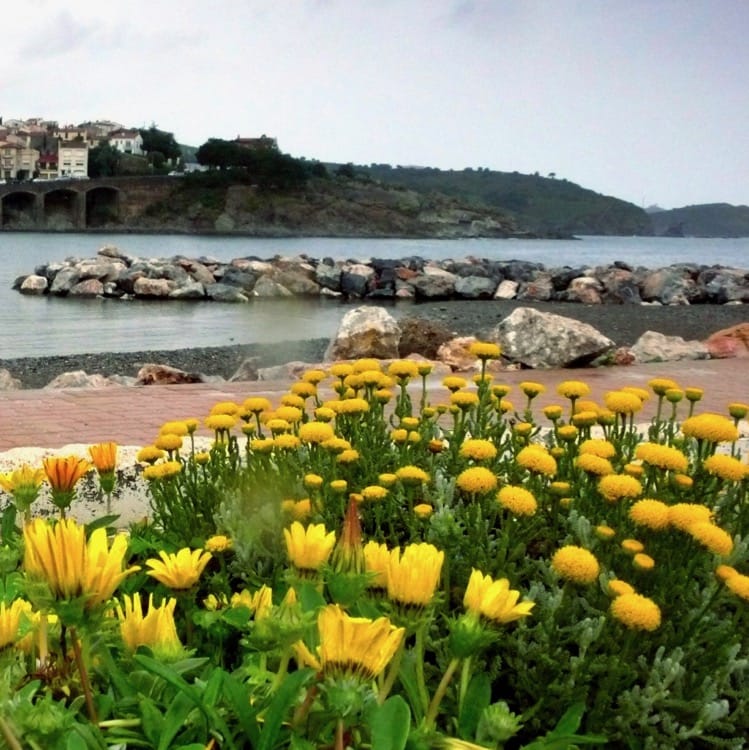 Park the car and take the foot bridge over the dried up Baillaury alongside the road to Puig del Mas. This is a simple and short climb along the Avenue Pierre de Marca to one of the oldest hamlets in the region, whose narrow streets are worth exploring.

As the hill turns to the left, take the Avenue de la Fontaine, which is a narrow circular road through the village until it emerges at a T junction with Cami de la Cigala.

Turn right and right again in a few metres, descending the narrow Chemin de Mas Guillaume out of the hamlet, around a right hairpin bend followed by a right angle to the left after which, a sudden steep concrete track rises on the left crudely labelled ‘Walter Benjamin’.

This ancient ‘Chemin de la Liberté’ was a route taken by many escapees during the Second World War and climbs up to the frontier at 595m.  One particularly tragic story concerned the German philosopher Walter Benjamin, who is reputed to have taken his own life when refused entry into Spain on arrival in Port Bou after having survived the harrowing journey over the mountains. It is a story steeped in mystery. 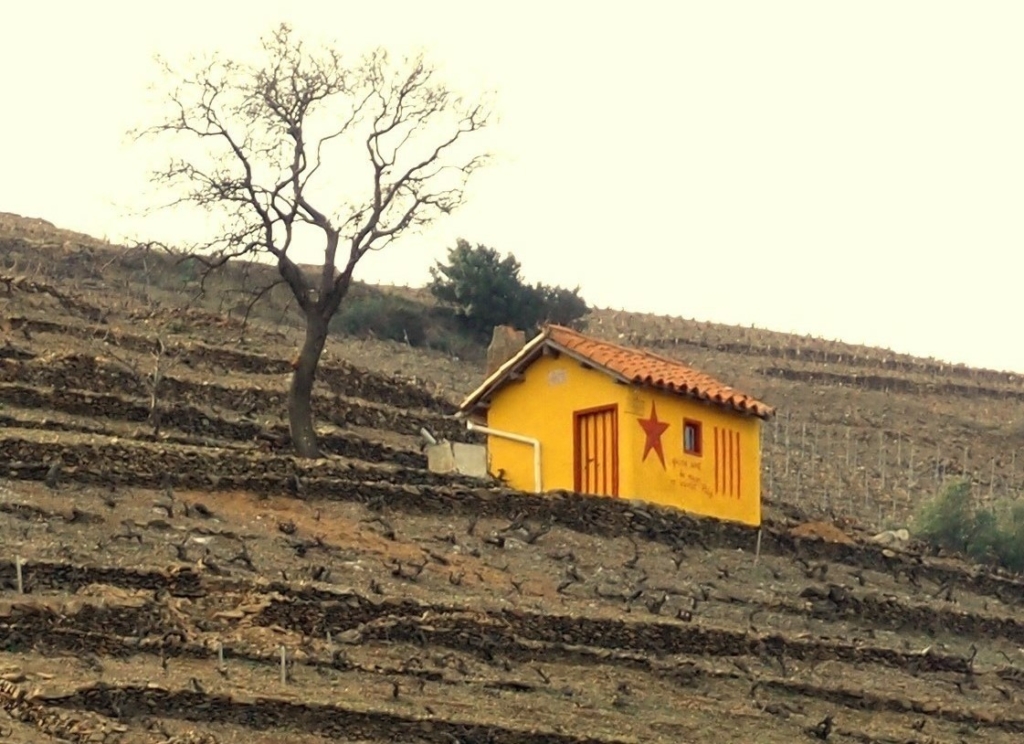 Follow this good track as it climbs and winds through shrubs, garrigue and vineyards and emerges back on the Chemin de la Guillaume.

Turn left and follow the winding road for about 500m to the Coll del Bast at 139m. Here, a board promotes the Chemin de Walter Benjamin up to the frontier, but for the benefit of more humble walkers, take the small road to the left, taking care not to use the extreme left track down into the vineyards.

The narrow lane winds  and hugs the valley on the flat offering excellent views down to Banyuls, over to Tour de Madeloc and out to sea.

It also gives an immediate insight into the structure and difficulties of these precipitous vineyards and in particular, the need to remove surface water effectively and quickly during the heavy autumn rains.

Without the terraces, murettes and pied de coq drainage channels, soil and vines would rapidly end up in the bottom of the valleys. In places, where some contemporary farmers, in search of enhanced planting and yield, have removed the drainage ducts and walls only to find nature’s ravages have done just that.

This winding lane passes within 2km of the frontier beneath the savage vertical rock of Puig Joan and some more marvellous vineyards close to the spiny mountaintops at about 400m.

Eventually, with a gradual descent, the cylindrical Torre d’en Pages is passed on the right and the road enters back into the outskirts of Puig del Mas. Take care to take the left fork along Rue de la Colline aux Oliviers and wind back down into the hamlet by the T junction, turning right along Chemin de Mas Guillaume, then right again on to Avenue Pierre de Marca, back to the railway bridge.

WHERE TO EAT IN BANYULS