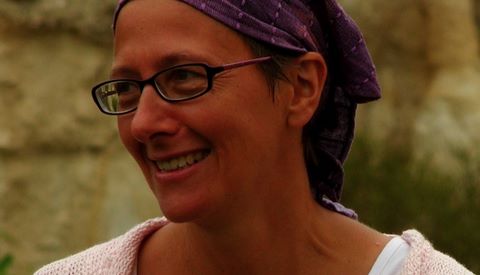 At our monthly Mantra and Meditation meeting on Tuesday afternoon, after chanting the traditional Salute to the Sun, and before starting our meditation, we chatted about the reasons why people learn Vedic Chant.

One reason is the immense benefit to memory and cognitive faculties. Someone mentioned a study that had been done showing a lower incidence of Alzheimers in India than in elsewhere in the world and that a possible reason for this was that here, more than elsewhere in the world, there is a tradition of exercising both body and mind.

It struck me that the combination of voice, breath, movement and mind that is involved in chanting, provides a perfect mix of these ingredients. For example, the traditional Gayatri meditation involves chanting the mantra, making different movements with the hands, as well as some whole body movements. The sequence has to be learned, demanding some effort of concentration and memory.

I decided to look up the study to find out more. According to www.senior.com, two studies have been carried out in America, the first in 2003 and the second in 2006. Both studies used a singing exercise called Kirtan Kriya that used finger movements, very similar to the Gayatri meditation.

During these studies, the subjects’ brains were scanned before and after the Kirtan Kriya. In both studies the scans showed an increased blood flow to parts of the brain that are used for memory and information storing, clarity and focus. The scientists who conducted the studies believe that as well as helping to offset memory loss, this exercise and others like it, may even prevent degenerative brain diseases such as Alzheimers.

The Kirtan Kriya uses three notes, it does not matter which particular notes, so you do not have to be able to sing B Flat! And four basic sounds: saa, taa, naa, maa.

Before you begin, locate the crown of the head and press that point with a finger. Now locate the point between the eyebrows, and press it with the finger. As you do the exercise, it is important that you visualise the sound entering via the crown of the head, travelling downward, then turning 90 degrees to leave through the point between the eyes. That is, it travels along an L-shaped trajectory.

Spend 2 minutes chanting loudly. Two minutes softly, then 2 minutes silently but keeping tongue and fingers moving. Then softly again, then loudly. Finally spend a few minutes sitting silently, listening to the internal echoes of the mantra. Before getting up shake out the arms and fingers, then get on with your day. Just spending 12 minutes a day may help to keep your brain active and healthy, something we could all benefit from as we get older.