Count Joseph Augustin De Mailly d’Haucourt was born in April 1707 at Corbiom, Vilaine-sous-Luce, in the Sarthe.

In 1726, he entered military service as a musketeer, and in 1749 was appointed lieutenant general for the Roussillon and commander in chief of the province. In true ‘musketeer’ style, he was exiled by the king in 1753 for ‘stealing’ one of the king’s mistresses but in 1758, was reinstated as commander in chief, a post which he continued to hold until 1790 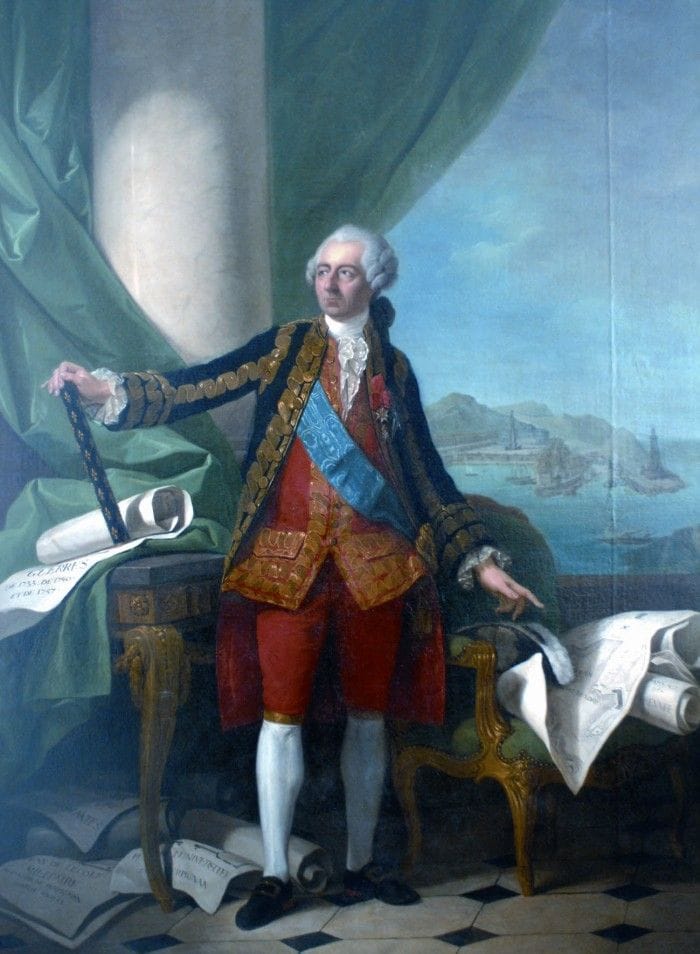 De Mailly was the driving force behind the creation of Port Vendres as a port, and followed plans originally conceived by Vauban to open up and enlarge the existing facilities.

From 1776 – 1778, land was dug out and quais were created. As a foil to the enormous amount of construction of flat concrete, De Mailly called in Charles De Wailly, architect and painter to the king, to build the Obelisque which has now become a focal point of Port Vendres.

The first stone was placed on 28th September, 1780, by Mailly’s wife, Felicite de Narbonne Pelet, and witnessed by much of the Roussillon nobility.

In 1792, at the age 84, De Mailly was actively fighting for the threatened French monarchy, ‘crime’ for which he was arrested and beheaded at the age of 87.