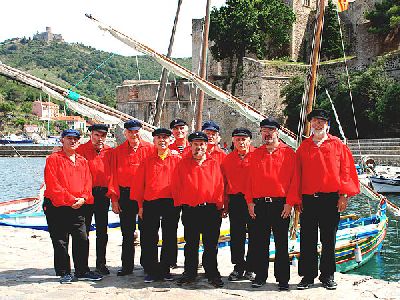 Named after the capital town of Cuba, La Habana (Havana), these sea shanties were brought back from Cuba by soldiers, sailors and expats in the 19th Century, originally to the coastal towns such as Girona, and tell of lost loves and faraway ancestors.

These lovely back slapping ’sing-songs’ were accompanied by guitar, accordion, and sometimes bass, and tended to be spontaneous, breaking out in the bars and taverns along with a drink or two.

They were usually served up with the traditional accompanying drink, ron cremat, a mixture of rum, sugar, lemon peel and coffee beans, with optional cinnamon stick, served in an earthenware bowl and flambéed to burn off the alcohol. What better way to oil those vocal chords?

However, more than just typical drinking songs, they were soon included in “zarzuelas” popular Spanish music theatre of the 19th and 20th century, and appear in works from great composers such as Bizet and Ravel.

Whilst the reported origins of havaneras were indeed in Cuba, it is believed that the first seeds were sewn a little earlier, when a European dance known as the “contradansa” arrived at the island. (The “contradansa” originated from England in the 16th century, possibly coming from ’country dance’, and reached France a century later)

There are Havaneres festivals all around the PO throughout the year, and particularly over the summer season. The infectious style of music tends to create a great atmosphere, and the ron crema, often offered free as part of the festival, definitely adds to the fun!