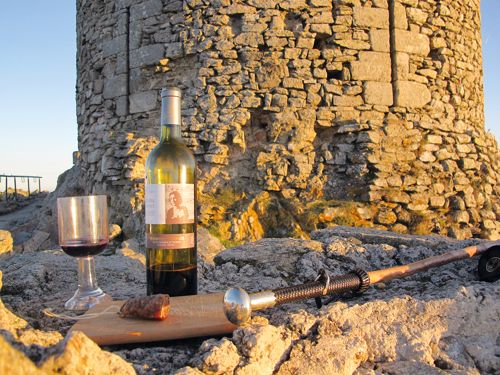 Red flames blazing from the Massane Tower in the 13th century spiked the adrenaline of even the most hardened guard. It meant only one thing: Collioure’s Royal Castle was under threat. The King of Majorca would have rushed into the castle’s safe room, the “donjon”, and horsemen would have sped up the mountain to find out exactly where the danger lay.

Before phones and social media, fire was the fastest way to communicate. The crumbling watchtowers dotting our mountains formed a powerful surveillance system built by the kings of Majorca.

When you stand next to the Tour de Massane, you see how ideal it is for monitoring enemy activity up and down the coastline, and deep into the Roussillon plains. 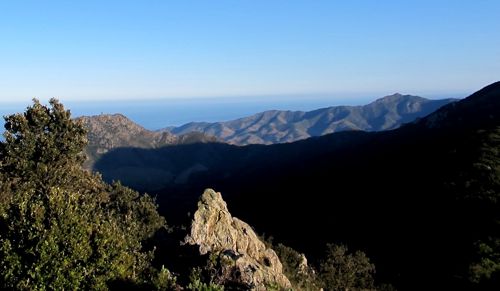 A little-known sand road gives you a head start to our picnic spot, with your car doing most of the climbing. From the ‘vie rapide’ to Collioure (D914), take exit 13 which feeds onto a small roundabout. 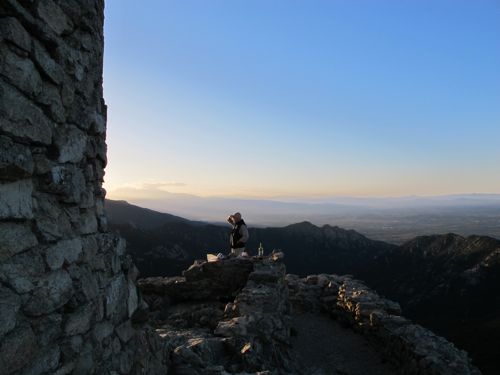 Park your car and follow the first yellow hiking trail sign, “Torre de la Maçana”, on the right. It says 30 minutes to walk 1.5 kms to the top, but rather take your time and aim to do it in an hour. Parts of the hike are steep, but they’re short and tough rather than long and breath-stealing.

After a bit of a scramble at the start, the path weaves comfortably between winter-bare chestnut trees. Dry leaves pop ’n crackle under your boots, and Mother Nature’s lacework of stark branches criss-cross the sky above. 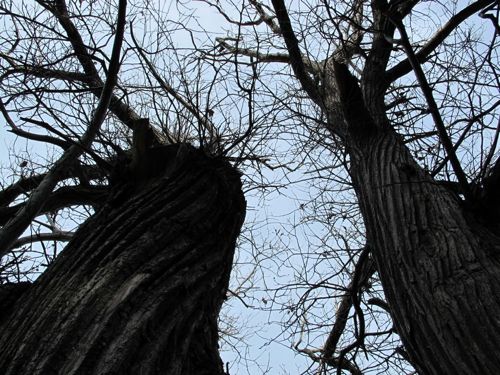 When the path hairpins upwards into a climb, don’t panic! It’s brief and your reward is the first spectacular coastal view.

At the Forêt de la Massane nature reserve sign, go right, and at the tree circled by a low stone wall, keep right.

The terrain turns into a slow easy rise where massive chunks of mountain lie strewn amongst the trees like marbles tossed by the gods. If you come across cattle, keep your distance just in case one is a grumpy bull. 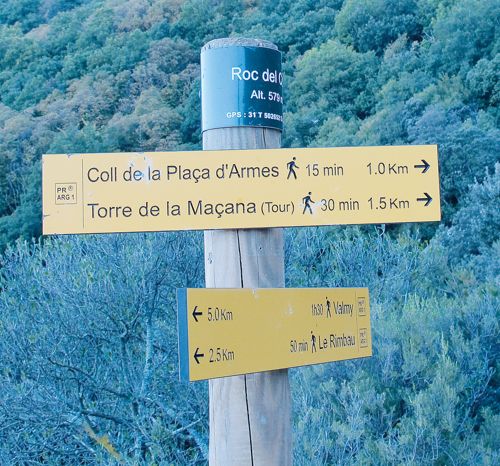 Keep following the yellow signs and before you know it, you’ll see the Massane Tower’s dark outline against the sky. Even from far, it looks both grand and frail, as if a nudge might send it tumbling over the cliff.

One last short uphill and you’re out of the trees and walking on the sparse scrubland that flows down from the peak. If it isn’t too windy, climb up the stone steps to the tower’s platform. The 360° are breathtaking. 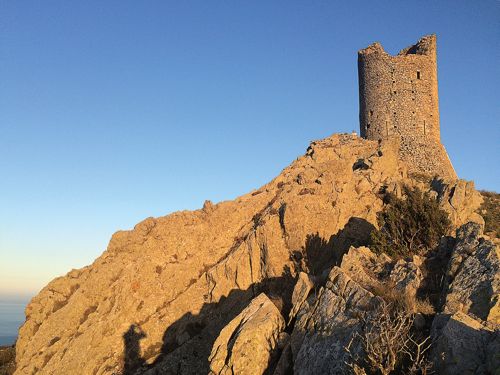 Blue-black peaks serrate the skyline on the Spanish side, the Roussillon plains sprawl all the way to the Corbière mountains, and the sea seems to stretch to the end of the world.

An excellent vertical orientation table outlines the coastline, and just in front of you is the Tour de Madeloc, the main tower with which the Tour de Massane exchanged fire signals.

On the other side of the platform, just past the tower gate, the old perimeter wall is a perfect table for your picnic. Bon appétit! 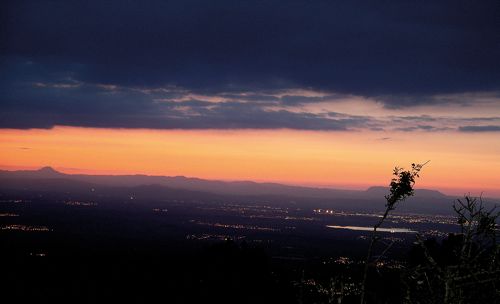 P.S: If you’re adventurous and equipped with torches, go up in the afternoon for sundowners, but choose a clear day with no risk of wind or storms. At dusk, the sky darkens into indigo blue and the mountains and sea shimmer in reds and oranges straight from Matisse’s palette. Santé!