The return of le prodigal fils

You know how it is don’t you? When someone asks a question you’ve had a hundred times already in the last month. It’s at a dinner party and you have to somehow resist the overwhelming urge to stab them in the eye with your fork. That’s how it was immediately after we returned to the UK after eleven years in the PO. That question? “So, what made you come back then?” Arrrgggghhhhhh!!!!

Thing is, it’s difficult explain. It just instinctively felt the right time to return to our roots. The French chapter seemed to have quite naturally, quite organically, come to an end. That was in 2013 and looking back, as the late, great Piaf, once said, “Non, je ne regrette nowt,” (a quote from her little-known wilderness years in Rochdale.)

But of course there are things that are missed. Aside from seeing good friends, they include –

So, what about the upsides of living back in Blighty? Well, aside from seeing the family without recourse to M’sieur O’Leary there’s really only one thing that stands out. Being able to go into my bank, fart, and not get charged for the privilege.

Oh, I forgot. And not seeing shop doors displaying “Fermeture Exceptionnelle.” Watch my lips M’sieur le Commercant. It’s not exceptional. It’s any bloody time you feel like it! I once promised myself to write an article entitled, “Ouverture Exceptionnelle” which for some establishments is more adjacent to the verite. Must get round to that. 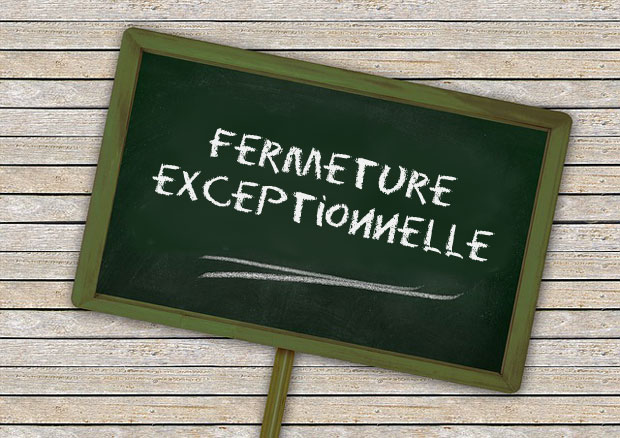 And finally I’d like to share with you a lesson I learned on surviving bureaucracy as a rosbif. A speeding infraction (53 kph in a 50, quelle horreur!) forced me to apply for a french permis. But my British licence allowed me to drive a 12 seater mini-bus. M’sieur le Fonctionnaire at Perpignan said, “For this you must pass une autre driving test,” then adding with unsettling relish, “plus a special examen médical.” He didn’t quite snap-on the Marigolds but my lower cheeks activated auto-clench mode nonetheless. I countered with, “I don’t need the mini-bus category. Can’t you just leave it out?” But he was resolute, “You have it maintenant, you must have it encore.”

More in espoir than expectation I went along to my local Mairie for help. Madame looked bored until I unwittingly uttered the trigger word, Perpignan. She looked askance, “Perpignan?,” then repeated with added venom, “Perpignan? I will tell vous exactement what Madame zinks of Perpignan.” Then with theatrical exaggeration she hawked loudly and mimed a spectacular flob into the wastebin. “Pah! Zat is what I zink of les imbéciles at Perpignan!” She picked up the phone and after a three minute tsunami of unrepeatable expletives she turned to me with beatific smile, “Alors, tout va bien M’sieur.”