Between the mouth of the Têt at Canet and the mouth of the Agly at Torreilles the land is flat, often sandy and reed covered. Lots of horses and riding establishments line the road, lots of fields of  fruit and vegetables as well. 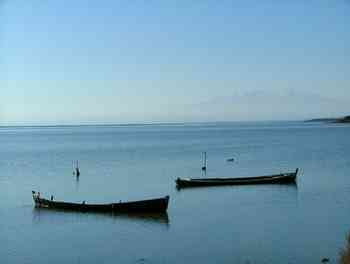 Torreilles has a charming old centre with twisting lanes and attractive stone houses. Its beach is long and sandy and, unlike Canet, no tall apartment blocks. In summer it is a popular buckets and spades family beach with a few handy cafés and shops. Tourist Office 04 68 28 41 10. Take a long, long walk to the mouth of the Agly where the river water meets the waves of the sea, a paradise for birds and fishermen and a beautiful walk in any season.

Between Port Barcarès and Port Leucate, beached on the sands is the Lydia, a 1930’s ferry that,  after years of service on the high 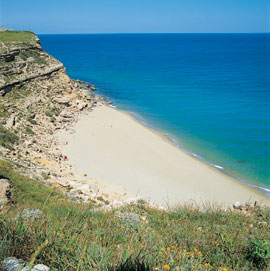 seas, has come to rest and been transformed into a casino, restaurant and nightclub. Given that Le Barcarès means “a dry spot to which boats can be dragged” in Catalan, it seems a very suitable resting place.

Le Barcarès also hosts an Oyster Festival every March. A whole weekend devoted to music, dance and oysters, about 12 tons of them, all in perfect condition, all waiting to be eaten. Tourist Office 04 68 86 16 56.

Leucate is actually in the Aude, but the lagoon it is on straddles both the Aude and the Pyrénées-Orientales. 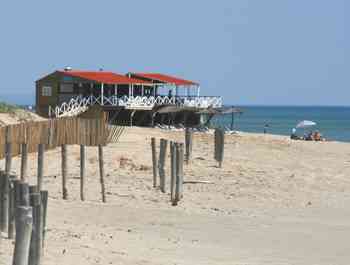 The village is charming, the lagoon with its eel fishing, flamingos, oyster catching settlement, long sandy beaches, windsurfing school, a riding ranch, a naturist encampment, a modern pleasure port, cliff walks and wonderful views, all make for a pretty good day out.

Whether or not they are an aphrodisiac is up to you to discover and one of the best places to taste them lies between Leucate and Barcares. Where the lagoon drains into the sea, well signposted off the D627 is the Centre Conchylicole. The oysters are raised in the lagoon and brought to the huts that line the channel to be packed and sold. Tanks bubble with water full of oysters, small tables are crowded with people tasting them and sipping crisp white wine. 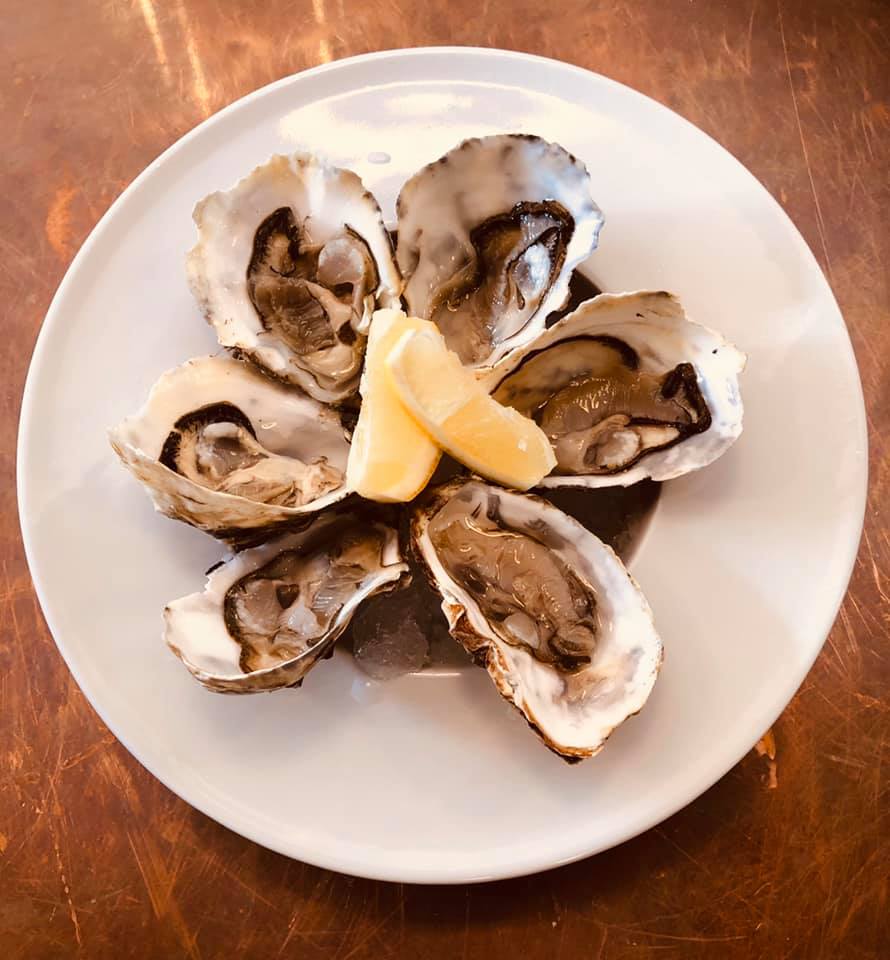 Leucate’s beach, being a continuation of the Sandy Coast is long and sandy and, on both beach and lagoon, windsurfing is the dominant sport. Leucate Village has a ruined castle, charming cafés and restaurants and between the village and Leucate sur Mer a road to the Phare and Semaphore takes you to the cliffs with wonderful windswept walks leading to La Franqui where a wind surfing festival takes place every year.