Did the earth move for you? 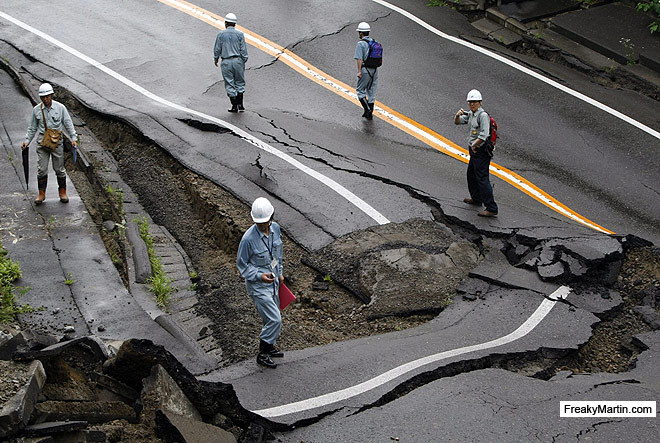 Some translations carry a nuance completely absent in the original language.

For example Un tremblement de terre not only sounds exactly like the thing it is (an earthquake) but to my English ear there are echoes of a deliciously kitsch, end of the pier sauciness resonating too – like something out of an old Les Dawson sketch.

But whatever the nuance, tremblements are a fact of life right here in Catalonia where believe it or not they’re an almost daily occurrence.

Granted most of them are too small to register on anything other than seismic recorders, but more frequently than you might imagine we get a real biggy making its presence felt. 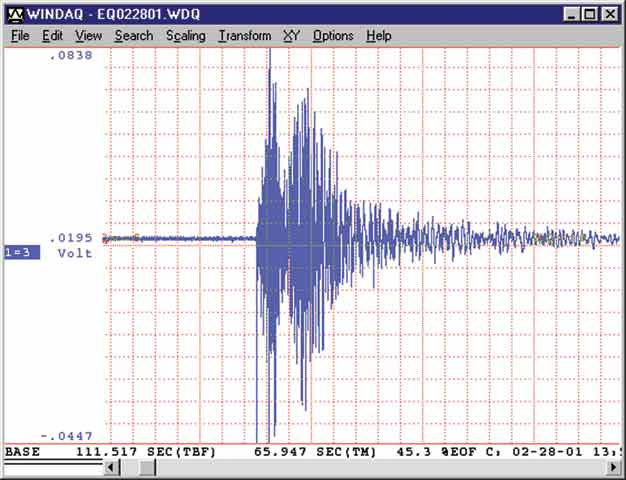 In December 2014 near the village of Caldes de Malavella (Girona region) an earthquake registering 3.6 on the Richter scale let rip.

To put that in perspective, it’s equivalent to the explosive power of an under ground Chernobyl disaster.

Happily the effect was very contained and so by the time it reached tourists sitting in Lloret bars a few kilometres away, it did little more than zing-up the froth on their Maragritas. That’s not a euphemism by the way. 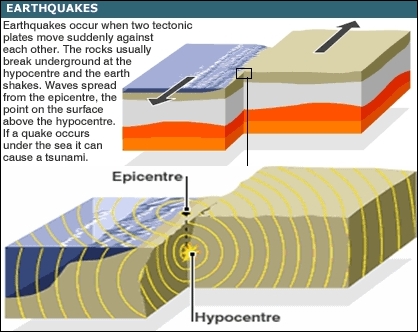 Now as every Egghead knows, earthquakes are caused by the movement of subterranean rock (those tetchy, tectonic plates) as they nudge up against one another. And our region sits squarely on top of
something called the Amer-Brugent Fault, a fracture that’s growing at a steady rate as the African tectonic plate sidles up to its Eurasian and Iberian neighbours.

It may only be moving at 5 or so millimetres a year, but over a millennia or three, well, you do the math but I reckon that’s at least a football pitch – which is not to be sniffed at (or up, or out, or any other preposition that sentences should never be ended …. er …. on.)

Despite the relative modesty of its more recent subterranean rumblings, Catalonia has had its share of disaster in the past. The town of Olot was razed to the ground by a massive earthquake (estimated from accounts written at the time to have been at Richter le 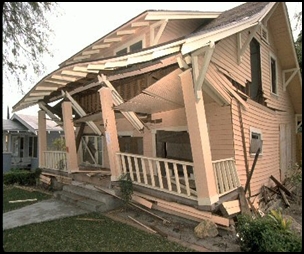 vel 8) in 1428 when over half the town’s population was killed – as well as houses tumbling as far as Prats de Mollo, Banyuls des Aspres, Arles sur Tech and throughout the PO region.

Whilst it’s probably not quite yet time to be building your new villa on shock-absorbing rubber mounts (as is mandatory in places like California) we still live in a highly active region, with three Richter level 2.5’s this year alone.

To get a feel for just how much at risk the PO is right now I spoke to Derek Geary, the geologist and earthquake expert at the Catalonia Geographic Field Studies Centre, who told me, “The probability of another earthquake in our region similar to the Olot disaster (nearly 600 years ago) is really quite low.”

Mmmmm. “Quite low?” When pressed further (specifically, the frequency of quakes on that scale in Catalonia) his reassuring response was “Oh, probably about every 500 to 1,000 years.”

So, depending on your outlook on life, the next big one is either a century overdue or there’s 400 years to go. Optimism rules, I say.

Earthquake fact – the Richter scale is not linear but logarithmic, that is to say a level 4 quake has TEN TIMES the destructive power of a level 3, and so on.
www.igc.cat – for all info on earthquakes in our region