Over the past five or six centuries, Girona has undergone twenty-five sieges and been captured seven times by a variety of famous French generals. Today, it is Mr O’Leary and his Ryanair army who have placed Girona airport firmly on the map for foreign ‘invaders’,  so let’s take a wander around this colourful and exciting town which is so much more than a fly-in/fly-out. 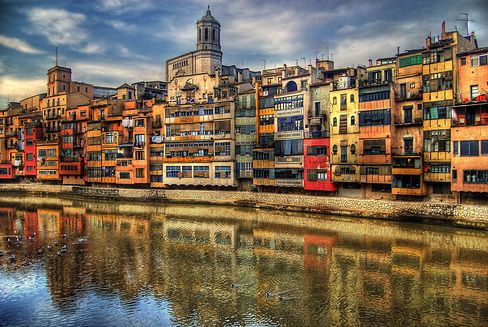 One of the fourteen original countships of Catalonia in the eight century, the Girona of today is a great mix of historically interesting old and vibrant lively new, all within easy walking distance.

The Rambla de la Llibertat, a busy market in medieval times, is still busy and bustling, and a delightful part of the whole Girona experience. Worth getting a map from the Tourist office at no 1 the Rambla ‘tho you can’t really get lost around here. Tree-lined and relaxing, full of interesting shops, bars, cafes and restaurants, there is always something going on, something to see, to buy, to eat or drink, a people-watcher’s paradise. One tiny shop opens into an Aladdin’s cave of every conceivable clockwork and mechanical toy, another has an amazing display of drinks in which lurk serpents and bugs, well pickled by the vividly coloured alcohol they contain. 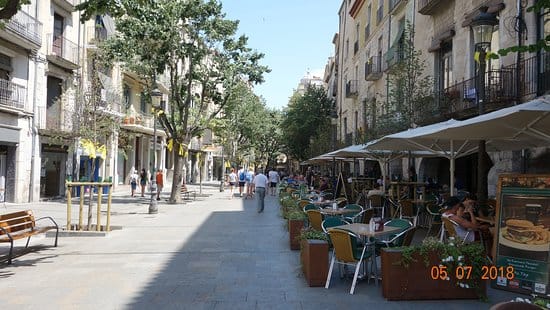 The town has always been well fortified and a good place to get an idea of the layout is from the Wall Walk. Restored and renovated, a path allows you to stroll around the top of the ramparts that enclosed the city in the time of Charlemagne. 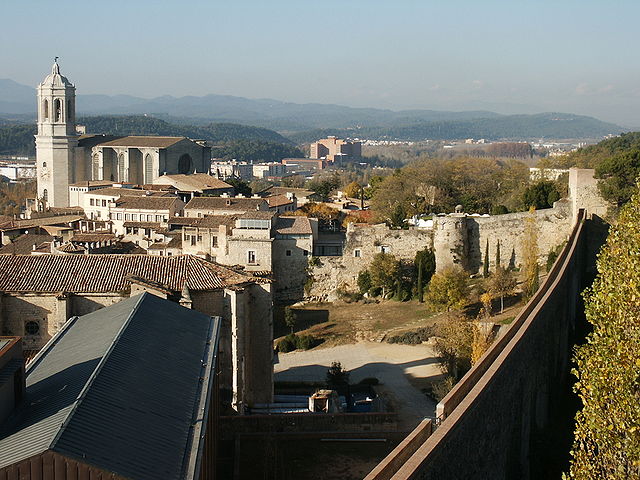 The imposing cathedral, approached by a long flight of wide steps, has grown from the first Romanesque church built in 1038, the cloister and tower of which are still preserved, through the XIV century church with three naves, to the present day cathedral with a single nave, the widest Gothic nave in the world.

Inside is a fascinating museum displaying the famous XII century tapestry of the Creation, a stunningly beautiful piece of needlework, as well as the Beatus, a fantastic illuminated volume dating from the X century and a rich collection of medieval gold and silverwork.

And there are many other Museums: The Museum of Art displaying the history of art related to the Girona region; of Archaeology, located in the ancient monastery of Sant Pere de Gallingants; of the Cinema, containing one of Europe’s most important collections; the History of the City, from pre-history to the present day; and, the Museum to the History of the Jews.

Girona is justly famous for its Jewish Quarter, considered one of the best preserved Jewish quarters in Western Europe. The buildings in steep alleys bordering the Forca housed the Jewish community in the middle ages, until, on the 31st of March 1492, Isabelle of Castile and Ferdinand II of Aragon decided on the expulsion of all Jews from Spain. Their fate was rapid, cruel and terrible. Now their history can be studied at the Bonstruch Ca Porta Centre where you will find the Museum of the History of the Jews. 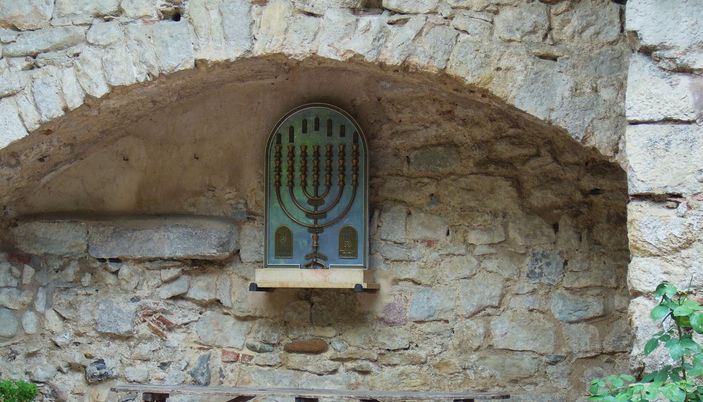 The Arabs also had quite a presence in Girona. To get the feel of it, a visit to the Arab Baths beckons. Located in the Capucine Convent, it is a XII century Romanesque building, only the style is Arab. Consisting of an octagonal pool, a Caldarium (hot steam bath), a Tepidarium (warm room) and a Frigidarium (cold water room), the Frigidarium with its rustic ring vault and dome resting on slender columns is the most interesting.

The River Onyar splits Girona in two, separating the Old Town from the new city. Stand on one of the bridges on a clear day and gaze at the reflection in the river of Las Casas del Onyar, the tall, narrow houses, painted in a variety of pastel colours situated along the banks of the River Onyar. Based on architecture in Venise, they were built towards the end of the Middle Ages, and owe their pastel palette to Girona poet and artist, Narcís Comadira. 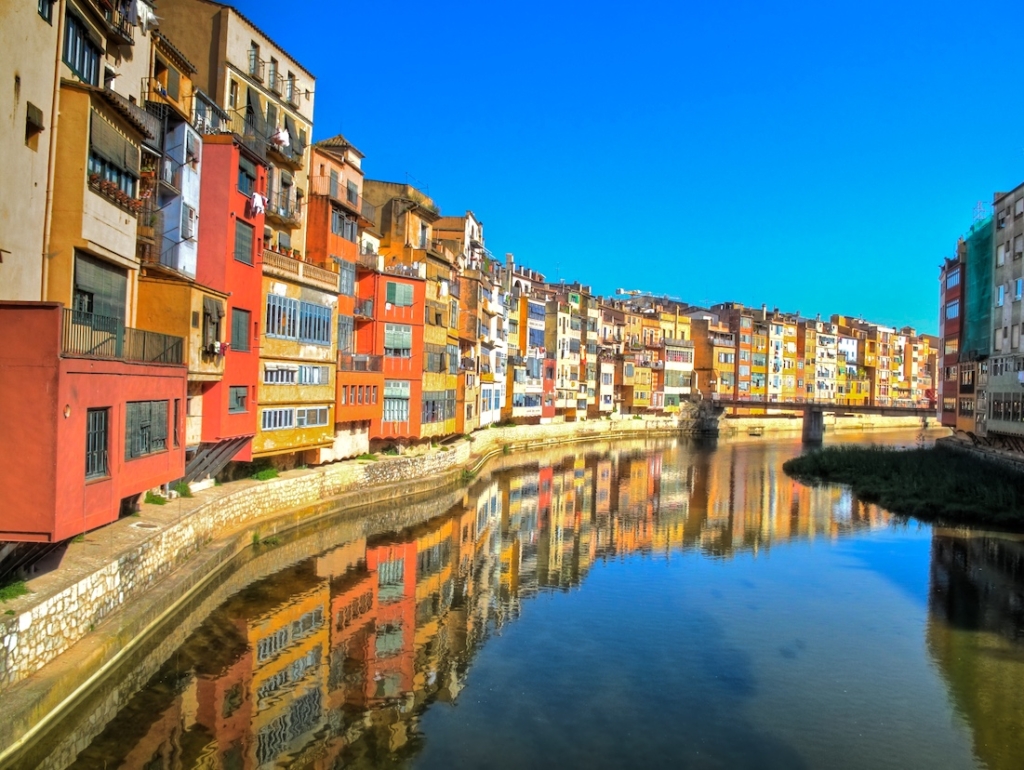 Girona residents have not only had to deal with various sieges over the centuries, but also this gentle looking river which runs though the centre which has taken many lives. Subdued thanks to a dam (Susqueda), it still turns into a different kind of beast during heavy rains. Walk to the end of the Rambla from Plaça Catalunya, turn left onto Carrer Ballesteries, and you will see the markings on the wall showing different levels the water has reached over the years.

For the last fifty or so years, in May, the whole of Girona covers itself in Flowers. It started as a small flower show and competition and has grown into a festival of floral decorations of all shapes and sizes. Huge numbers of visitors are drawn to the Old City to wander and enjoy the decorations embellishing the ancient stones and historic buildings and the charm and originality of the artistry.

And for anyone interested in Gardens, Girona’s Botanic Gardens at Cap Roig, Calella de Palafrugell must be visited. In 1924 Col. and Madame de Woevodsky built a castle, planted 40ha with pines and laid out the garden. The Gardens run to the edge of the cliffs, glimpses of turquoise Mediterranean glitter jewel like between the pine trees. Arrangements of cactus, of iris, of shrubs and flowering trees are works of art, the only danger the temptation to linger too long and miss the plane.