The mosquito, (‘little fly’ in Spanish) has been around for more than 30 million years.

In fact, the plumper we are, the more we exhale gas, and the more she loves us – so a good incentive to lose those extra kilos!

When this mini menace sticks us with her large needle-like mouth part, she is feeling about for a blood vessel into which she ‘injects’ a not-so-delicous cocktail of saliva to stop our blood from clotting long enough for her to drink herself giddy. 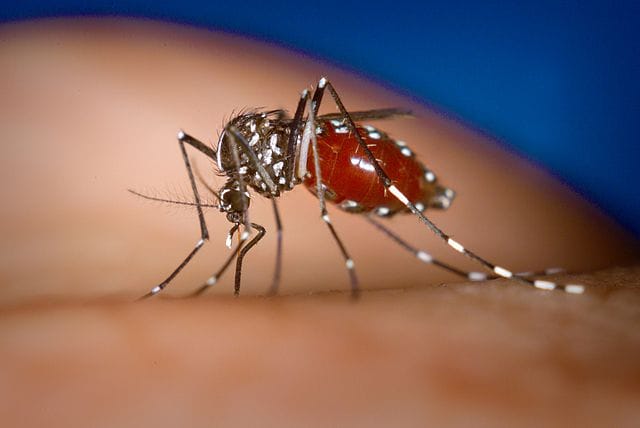 We often feel nothing. Then the itching starts, caused by histamines released by the body, a natural immune response to the foreign mosquito saliva.

We scratch – and our immune system reacts, thinking it needs to up its defences. The more we scratch, the more it swells, and the more it itches!

Around 20% of us are highly attractive to mosquitoes. Diet, perfumes and cosmetics contribute to our attractiveness, as does the bacteria in our bodies, genetics, alcohol consumed, medical treatments, and our metabolism. Pregnant women are more susceptible to bites, as are women in general, possibly because they sweat less. Mosquitoes also prefer certain blood groups, type O being the tastiest tipple.

KEEPING THAT PESKY MOSQUITO AT BAY

Citronella
Use only pure essential oil of citronella — not fragrance oil.
Put drops across window sills and door ways. You will be amazed how well it prevents the mosquitoes from entering the house.

Essential oils melange
Mix 30 drops of essential oils, catnip, citronella, lavender, neem, and black pepper (about 6 drops of each) into about 30 ml of an unscented and natural oil or moisturiser, and rub a small amount onto skin. Mix into organic soy oil for extra protection.

Lavender and lemon
Mix 15 drops lavender oil with 3 – 4 tbsp of vanilla extract and 1/4 cup lemon juice. Top up with water.

(FIND OUT MORE FROM CINDY GUILBERT OF NATURALE MAGICK.)

And a few mozzie limericks from readers…..

Summer is coming and so,
Is our enemy the mosquito,
You can feel really numb
When you’re stung on the bum
During ‘in flagrante delicto’!
Caroline

A suave PO mosquito called Ben
Had a penchant for hairy-backed men
It pierced with a thwack
Dead-centre of back
Gave a whoop and did it again!
Hilda

A mozzie who thought he was bright.
Packed his bags and flew into the night
While perched on a log
He was ett by a dog
Now his bark is much worse than his bite!
Kate

A short while ago (if I’m right)
The mosquitoes were wiped out of sight.
But the Deet has worn off
And if that weren’t enough
They’re back. And they’re small. And they BITE!
Kristin