Have you ever wondered what the D in D-Day stands for?

It stands for ‘day’ exactly the same as the french equivalent ‘Jour-J’ and the Spanish ‘Día-D’.

In the army D-Day is the specific day on which a combat attack or operation is planned.

The best known D-Day was Operation Overlord on June 6th 1944 during World War II, the day of the Normandy landings. but many other operations entitled D—Day have also taken place.

The hour and attack to take place is designated, not surprisingly, H-Hour. 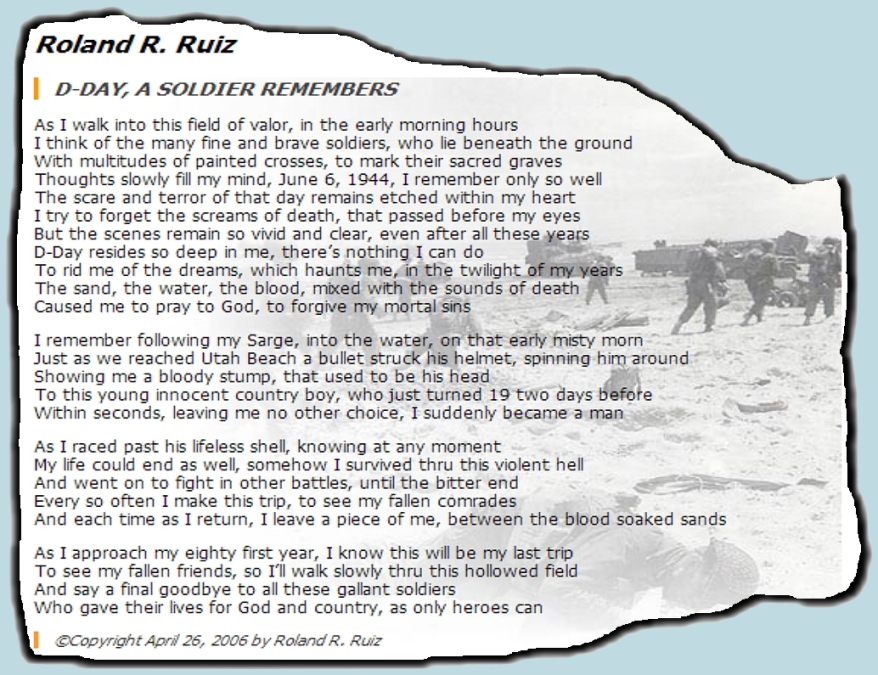 Operation Dragoon was the codename for the lesser-known Allied invasion of Provence on 15 August 1944 to liberate southern France from Nazi occupation. The offensive struck an enormous blow to the nazis but was overshadowed by Operation Overlord, the Allied invasion of Normandy (D-Day) which took place two months earlier.

Launched by American parachute drops followed by an amphibious force of 100,000 US and British troops, followed by a wave of French, more than 450,000 troops, many from the French colonies in Africa and the Caribbean, forced a German retreat from Marseille and Toulon.

In the weeks leading up to Operation Dragoon, French resistance increased against the Nazis and the collaborating Vichy government. In retaliation,  99 civilians were hanged by the 2nd SS Panzer Division as they moved towards northern France. The next day, that same unit massacred 642 civilians in Oradour-sur-Glane.

Remembering this other D-Day, President Francois Hollande said “The battle of Normandy dealt a considerable blow to the Nazis, but the main part (Operation Dragoon) still had to be done.”