Get to know Argelès-sur-Mer 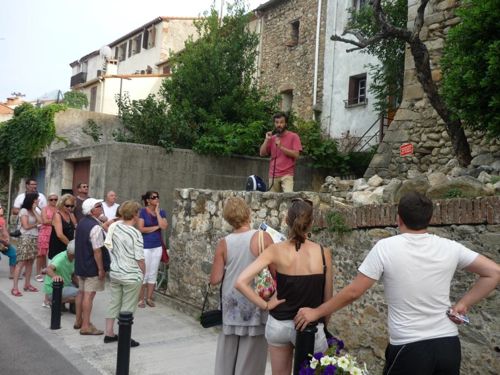 Would you really like to get to know Argelès-sur-Mer? Its history? The legends? Join one of the thematic,  guided walks, organized by the Casa de Albera for the past ten years – it could give you a totally new perspective on the pretty seaside village.

« Argelès, ancienne cité royale »
Stroll  the streets of the old centre, discover the history of the town since the Middle Ages, follow the old ramparts, visit the church and its treasures and climb to the top of the 23m tower to enjoy the unique view of the Plaine du Roussillon. Duration: approximately 1 hour and a half.
Every Tuesday and Thursday, 10.00 am (2 hours)

« Raconte-moi la plage »
Most visitors to Argeles-sur-Mer are attracted by its beaches, but few know the actual origin of the seaside resort. In fact, for many centuries, this part of the coast was believed to be insalubrious and dangerous. The  situation changed radically in the 1860s with the establishment of the first settlements, the installation of a French army camp, and the arrival of the first campers. During the Second World War, the creation of a refugee camp for those fleeing the Franco regime in Spain, then German occupation, halted development of the beach.
During this trip, through photos and old postcards, you will see the impressive evolution of this part of the region over the past 150 years.
Every Wednesday, 10.00 am (2 hours) 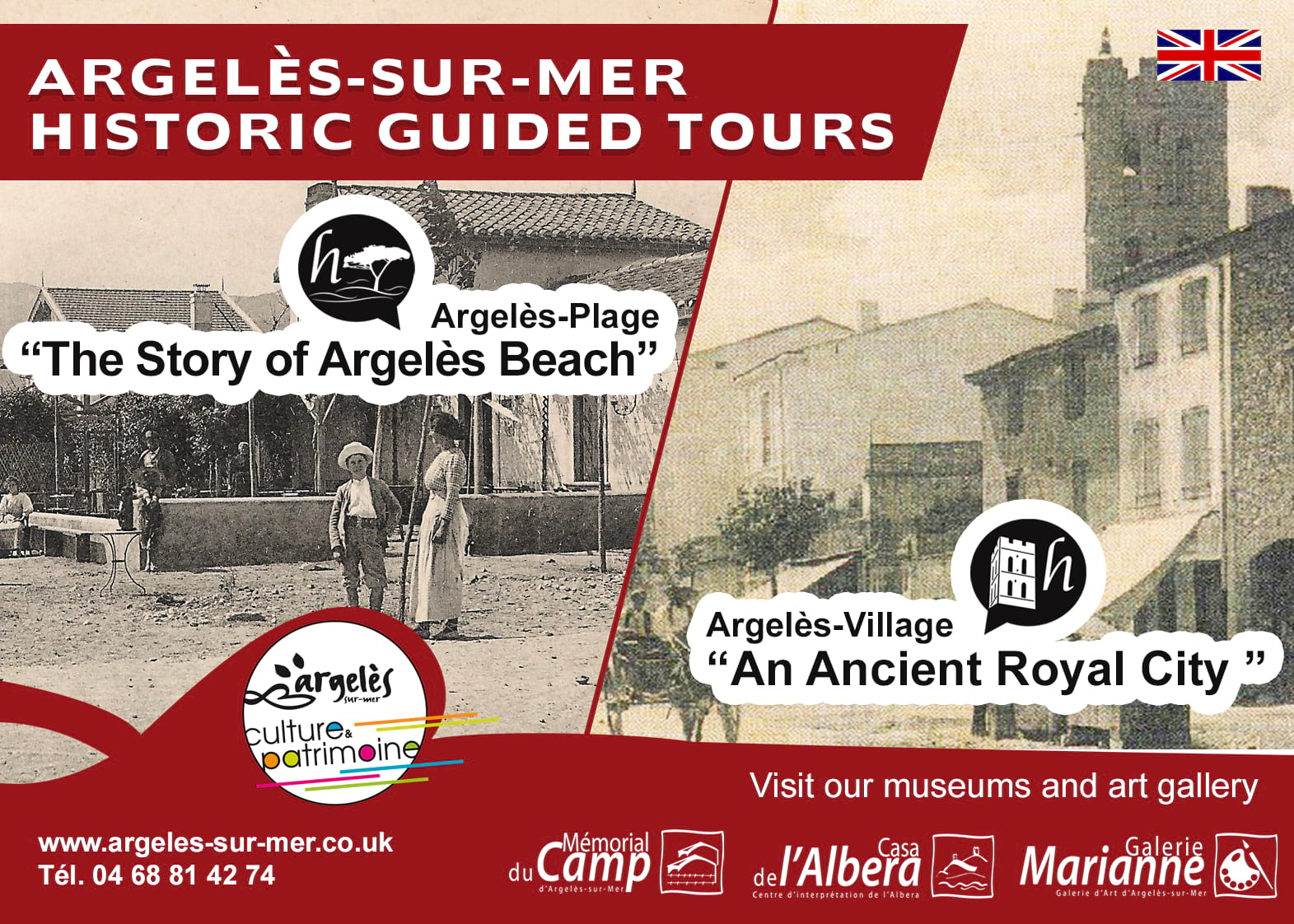