If you’re in a hurry to get to the beach, the ‘voie rapide’ from Le Boulou will whiz you onto golden sands in the blink of an eye. If you prefer life in the slow lane, the pretty villages along the foothills of the Albères just beg to be explored. 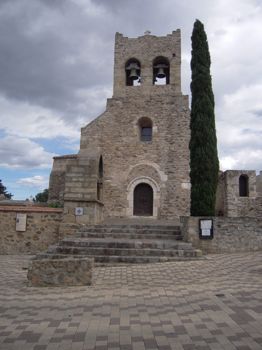 Heading from Le Boulou towards Argelès, turn off first towards Montesquieu-des-Albères and look out for Mas Rous on the left.

Michel Bizern produced fortified wine and olives and was known as Miquelo Ros (Michel the blonde) due to his mop of blonde hair. When he built his house on the land in 1850, the villagers called it ‘El Mas del Ros’ which evolved over time and language into ‘Rous’. Today, his great grandson, José Pujol, carries on the tradition, with eleven different wines on offer in this cool wine cellar and tasting room.

This tiny village also boasts a 12th century Romanesque church with  ornate oak and metalwork door and ancient bell tower, the ruins of an 11th century medieval castle, destroyed by King Louis XI in 1475, and a small museum of private collections and objects, recording the history of the village. 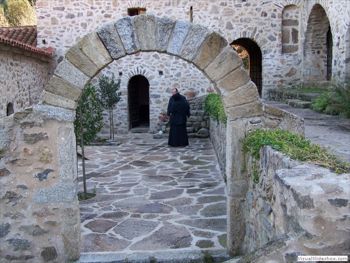 At the top of the village, passing well signed botanical and mountain walking trails leading off into the heart of the Albères, turn left towards Villelongue dels Monts, a short, delightful drive through shady forests of chestnut and cork oaks.

In Villelongue,  cool down in the 12th century church built in Catalan Roman style, visit the tiny museum of village history, or wind upwards into the mountains and visit the priory Santa Maria del Vilar built by Augustinian monks in 1083 at the centre of the original village.

When the monks left the priory in 1538, they left a key with a family in nearby Laroque des Albères, and over the years, the priory became a sheepfold. Four hundred and fifty years later, in 1994, the same family handed back the key, and the building was restored and opened to the public. Every July and August, the Festival International Lyrique et Médieval takes place in these beautiful surroundings. 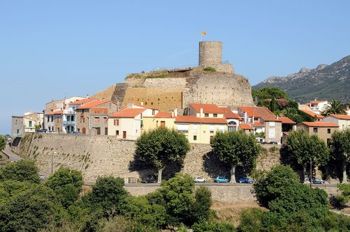 Check out our ‘Festivals and Events’ section to find out about the Villelongue Music Festival in August.

Back at the top of the village, head towards Laroque-des-Albères, small,  vibrant, and the first village in the department to introduce electric lighting in 1897!

As well as medieval chapels, 14th century flour mill, and natural rock pools, the old part of the village is a maze of ancient narrow streets and pretty village houses built into the ancient ramparts of the original castle fortification. Refuge for kings, the chateau was an important stronghold in the defense of the territory, along with  Perpignan, Salses, Elne and Collioure. From the remaining tower, at the top of the village, the views are stunning. 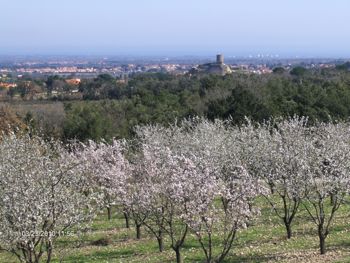 Visit the Maison d’Amande  or the Moulin du Llevant, olive oil mill. Tucked away in a pleasant residential area, husband and wife, Philippe and Claudine, farm and press olives, and grow a variety of fruits, all organic, on 7.5 hectares of land.

They invite you to visit them from mid June to end August, no appointment necessary, and offer a free, guided tour of the process from tree to jar along with the chance to taste the oils and related products.

For those with limited mobility, a drive to the Col de l’Ouillat has been specially adapted by the National Forests’ Office, through chestnut, beech and cork oak forests, taking in some of the most beautiful areas along the Albères chain. Pop into the tourist office for exact directions, or to pick up some of the excellent village trail sheets for children, created to teach and entertain.

Next door to the tourist office,   Fearghal and Melanie await you in the Café des Artistes with a delicious lunch or a cold draught Guinness, or across the road you can lunch at the fabulous Enfants Terribles. Just fancy a nibble and a glass or two or great wine? Le Carignan is an atmospheric little wine bar, perfect for just that.

Follow the route now for Sorède, but just before you enter the village, look out for signs on the right towards the Vallée des Tortues. 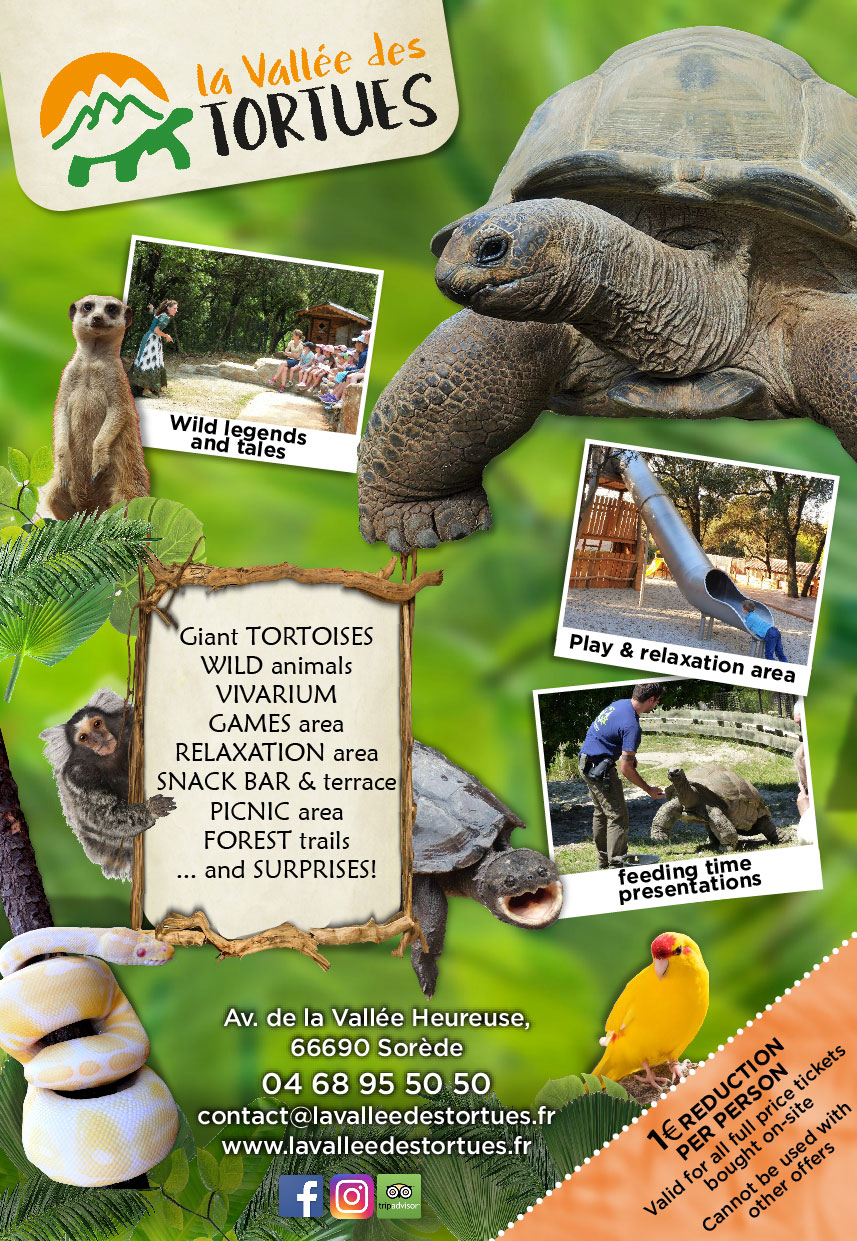 Did you know that 200 million years ago, giant tortoises, weighing up to 300 kg, roamed the land that is now Perpignan? Children will love this tortoise park, one of the last European tortoise sanctuaries for giant, domestic and wild tortoises, snakes, monkeys…..

Arriving in Sorède, why not start off with a visit to the ‘ESAT les micocouliers‘ behind the tourist office?

This fascinating ‘whip’ factory provides work for youngsters and adults with learning difficulties, who hand make whips and crops for riding and hunting, as well as walking sticks, bracelets, and wood products… 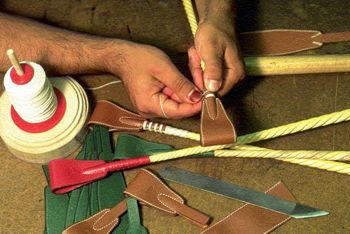 Made from the branches of the very flexible micocoulier (hackberry tree of the elm family)  this production is unique in the world.

They are proud to have presented one of their ‘cravaches’ (riding crop) to the queen of England in 1987.

One of their workers  will take great pleasure in giving you a free guided tour of the whole process from wood to finished product, and a film in the roomy cinema will fill in any gaps.

A great cause to support and some fabulous and original presents on sale in the factory shop.

And did you know that over a hundred years ago, Sorède was a pioneer village where solar energy was concerned? The original site up in the hills, and remains of one of the first solar furnaces in the world can still be seen at the ‘Coll del Buc’

If your visit to Sorède fits in with lunch or dinner, why not try the Salamandre? 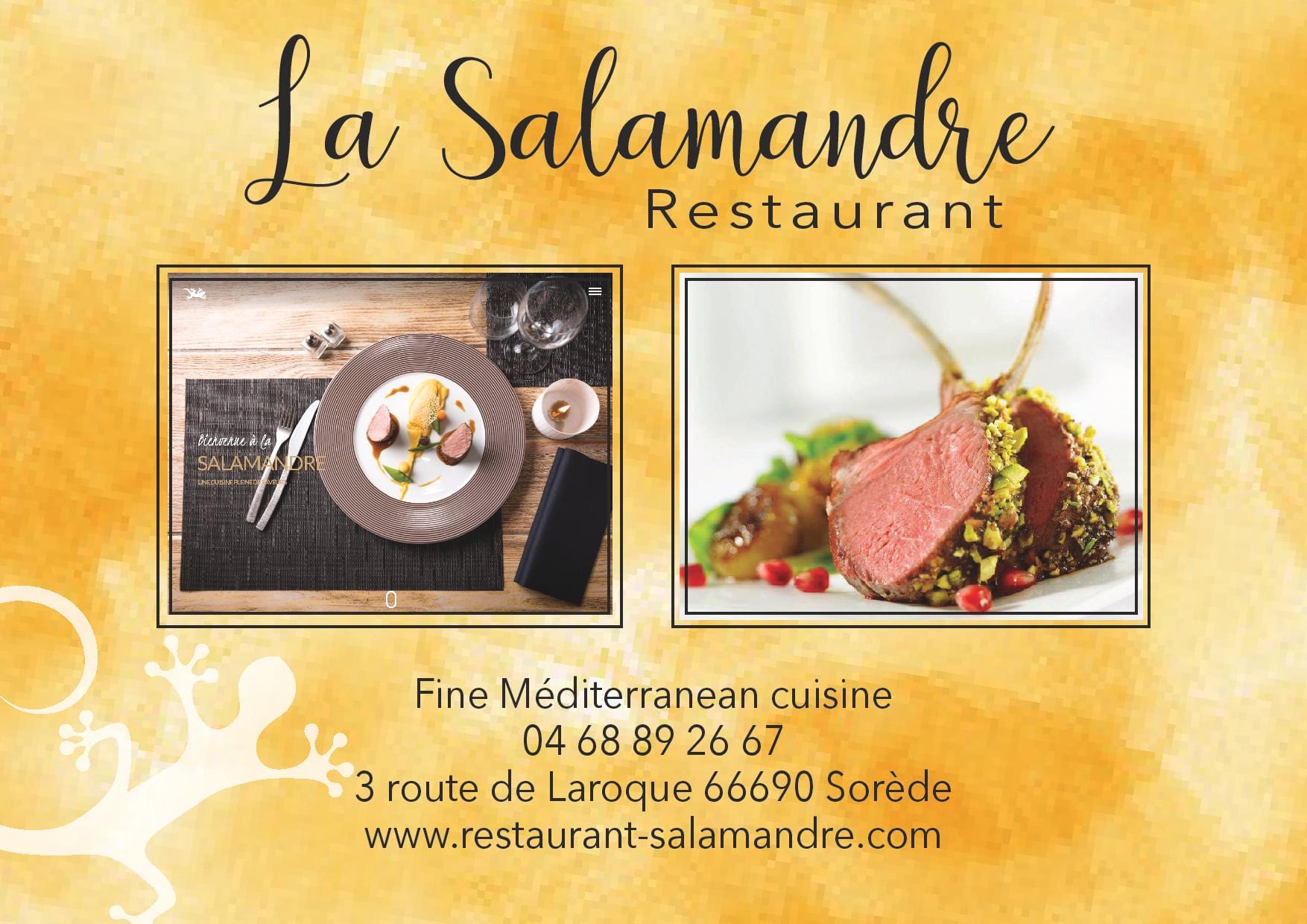 Saint Génis des Fontaines beckons next, with a chance to combine lunch or dinner at the Auberge des Albères on the main street with a visit to the ancient 12th century cloister, built from different coloured marble, white from Céret, pink from Villefranche-de-Conflent and black from the Corbières, with Romanesque sculptures and tombstones of monks and local notables.

Or just a little further towards the coast, in Saint André, with its Romanesque Abbey Church, marble sculptures, and gallery of Roman art.

The Festival Européen de Théâtre every July is a great opportunity to watch drama beneath the stars. Covid may well have taken that off the cards this year. Let’s wait and see.

Natural frontier between France and Spain, dominated by the Pic du Neoulous, the ancient signal towers of Massane and Madeloc keep a watchful eyes over the pretty little Albères villages, which have become home to a pot pourri of different nationalities. 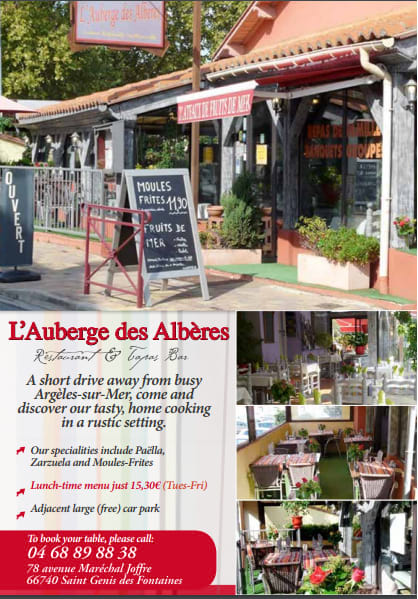