Walk the Region with Tim and Chris Parker

A circular, 4 hour, 12 km walk at low level with just 120m of ascent.
Rocky paths with some sections of tarmac on country tracks.
Good walking shoes/boots advisable.
Sun protection essential in summer as there is very little tree cover on most of the route.
Really pleasant walk with great coastal sections.
Can be ridden by mountain bike (VTT)
[ NOTE: Can be shortened to 21/2 hours/ 8km by missing the Etang section. Alternatively, can be done as 2 walks on different days, separating the Plateau and Etang sections.] . 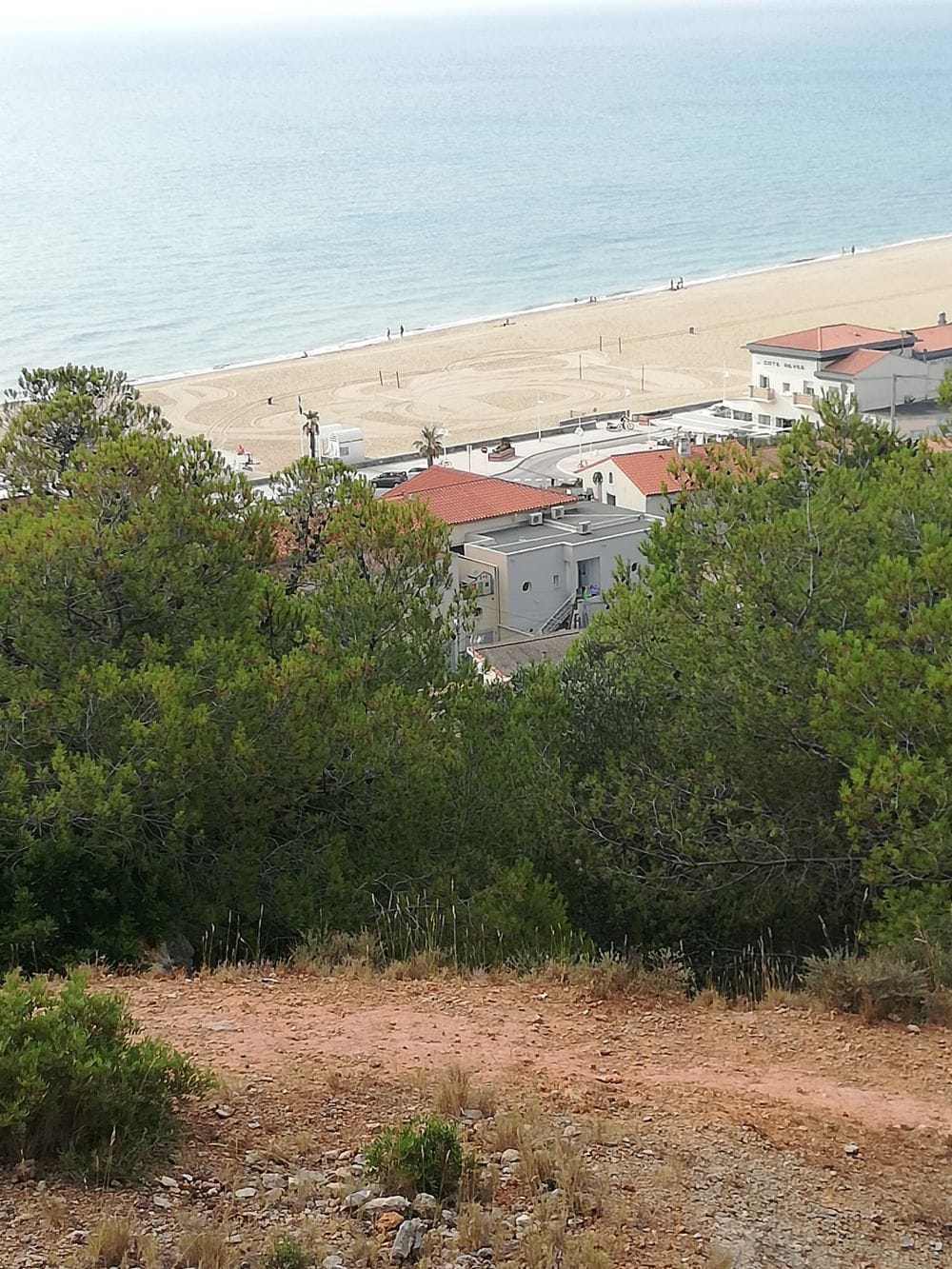 Large car park in the village of Leucate (north end) next to the Office de Tourisme (OT) and Cave à vins. Roundabout with fountains near the entrance. No toilets. Plan of local walks available from OT but no walk description provided. Our walk coincides with Sentier du Berger on plateau but is not identical. 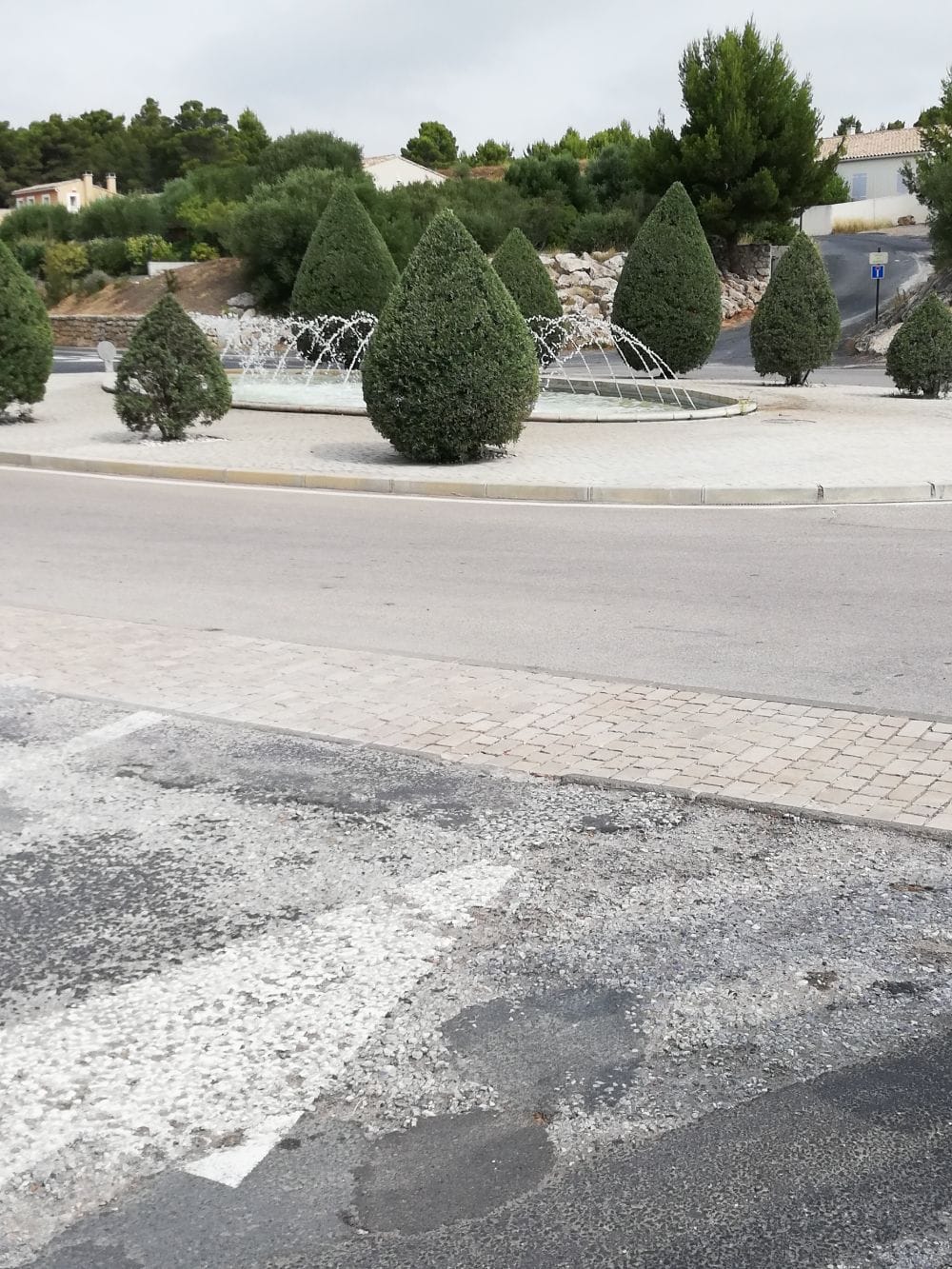 For strollers and flat level walkers it is possible to take a car from the D327 (Access via right turn off the first roundabout after exit to Leucate village from D 627) then following sign to Le Phare. Park near the lighthouse and stroll along the coastal path.

Turn right out of car park, walk in direction of village. Turn left up rue du Cercle – handy café/bar for drink and toilet! Continue up and soon enter plateau.

Pass old windmill, arrive at cross roads. Turn left. After 50 metres turn right down lane. After approximately 400m the track divides – Look out for mural in wall with motif on it.

Take left fork and continue for about 750m. At left hand bend take track on right between 2 stone walls. Arrive at crossroads and turn right.

Follow this track past an old Bergerie – remnant of an age when sheep were grazed on the plateau.
Path narrows. On reaching wider track, turn right. After 50 metres take left fork and head for the cliffs, emerging at Cap des Trois Frères.
Continue to notice the white markers, characteristic of the route.

Turn right and follow the coast path to the Semaphore (military establishment). Continue to hug the coast and emerge near the Lighthouse and Le Grand Cap – a huge restaurant.

Pass car park, walk into road with “no through road” sign. Turn right between a house and a high wire fence. Keep high on footpath next to fence and take in lovely views of Leucate Plage and beyond.

French poet Leon-Paul Fargue described eating oysters as like ‘kissing the sea on the lips’. 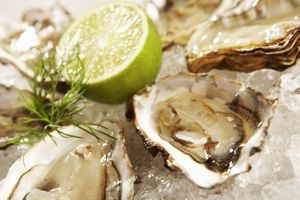 Bend left at bottom of steps onto concrete. Reach side road. Turn right and then right again along the main residential street.

At end of street cross road to pick up cycle track and follow it across main road junction to reach roundabout at entrance to Leucate village. You will have had D627 and Etang on left and D327 on your right, while you are away from all the traffic.

Option here of shortening the walk by following the road signed to Leucate village and back to car park.

To continue beside the Etang, cross the D 627 just before the roundabout and turn left on a track, following the edge of the Etang. At a house, it is possible to make a slight detour to la grotte des Fées.

La grotte de Fées
This Chalcolithic (2000-1800BC) and later Roman occupied site of 5 caves was discovered in 1909 when skulls, large blades and flint knives, axe polisher, ornate pottery and jewellery were found, as well as clay figures, believed to be ex-votos, offered up to the Gods by locals of Leucate for favours granted. Several entrances lead to submerged galleries.
It was classified as a Historical Monument in 1924 but is not open to the public.

The main track passes a creek and then gradually becomes narrower, with red markers.

Later reach a wider track and continue past a campsite, ignoring all tracks off the main one, to reach a tarmac lane.

Go up the lane and under the D627 and head upwards between 2 dry stone walls. At a pine grove turn left on a track, follow the red markers and head up to the ruined chateau de Leucate. Great viewpoint.

Le Chateau de Leucate
The site of the chateau was of some strategic importance, forming the frontier between France and Aragon. The Treaty of the Pyrenees in 1659 moved the borders and Louis X1V ordered its demolition, due to the cost of its upkeep to the crown. Parts of its original design were quite avant garde for its time, designed by Italian architects, one of whom was Léonardo de Vinci. Today, the ancient ruins look out over stunning views of the salt lake, the sparking Med, Canigou and the Albères mountain range

Françoise de Cezelly
“La ville est au roi et mon honneur est à Dieu. Je dois les conserver jusqu’à mon dernier soupir”.
This French war heroine led the successful defence of Leucate when it was besieged by Spanish forces in 1590. Her husband, the governor, was captured and imprisoned, his life offered in return for the surrender of the town. She refused. He was executed but the town was saved.

In 1899 a bronze statue was erected in her honour in the Place de la République in Leucate. Designed by Toulouse sculptor Paul Ducuing, she held the keys to the town. In 1942, the statue was melted down by the collaborating Vichy government and shipped to Germany. As it was being moved, the hand holding the keys broke off. A Leucate resident managed to grab the broken hand and take to the mairie. Once again, Francoise Cézelly had not surrendered the keys to the enemy! You can still see the hand today in the Town Hall. An exact replica of the statue replaced the original in 1975.

The chateau perhaps had some strategic importance when the frontier between France and Spain remained undecided until the Treaty of the Pyrenees 1659. It was dismantled under the orders of Louis X1V
The route down leads to the Place de la République. Here find the statue of Francoise de Cezelly, who saved Leucate when it was attacked by Spain in 1590.

Make time to explore the attractive village centre and take some refreshment before making your way back to the car park.

Long, sandy beaches, (one where it’s rude not to be nude), salt lake with stunning Canigou backdrop and fascinating flora and fauna, oysters straight from the sea onto your plate, plenty of wind for water-sports, Leucate is not just a beach resort.
Wander around the pretty village, or listen to the sails singing at Port-Leucate one of Europe’s largest Mediterranean marinas. La Franqui beach, 8 km long, situated at the other end from Port Barcarès, claims to be the oldest seaside resort on the Languedoc Roussillon coast. Shabby chic, a little retro, wild, natural and beautiful.