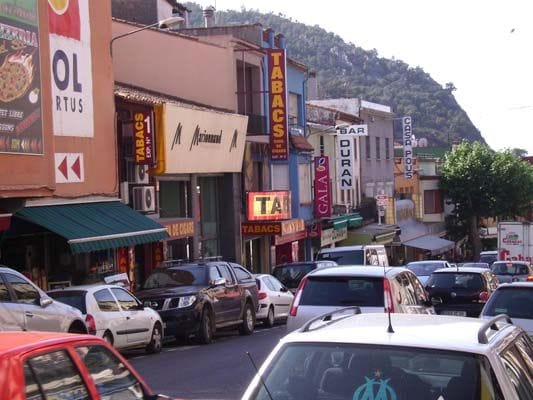 Following the ‘reconfinement’ announcement at the end of March, thousands of people rushed to the frontier village of Le Perthus to stock up on cigarettes.  By midday on Thursday 1st, the road was completely saturated.  Similar scenes occurred throughout Friday and Saturday and police were forced to create road blocks stopping people from travelling. 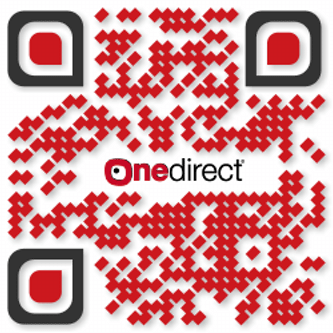 While many businesses are struggling during the pandemic, OneDirect, a company in St Estève, has never been so busy.  They supply telephone headsets and videoconferencing equipment for which there is an extremely strong demand.  They have built up a good stock of equipment in their warehouse in St. Estève and serve nearly a thousand customers every day, throughout Europe.

When a car did a u-turn at the Le Boulou péage and headed towards La Jonquera on the wrong side of the carriageway the gendarmes quickly alerted the Spanish police.  Somehow the driver managed to drive 30km against the traffic and was finally arrested at L’Escala having had a minor accident. The police discovered that in the passenger seat was a corpse, covered in a blanket and wearing a seat-belt.  The man had obviously been dead for several weeks.  The 66 year-old Iberian/Swiss driver explained that the man in the passenger seat was the love of his life and because he was suffering from a terminal illness they had decided to make one last trip together and during the journey from Switzerland, the 88 year old man had died. 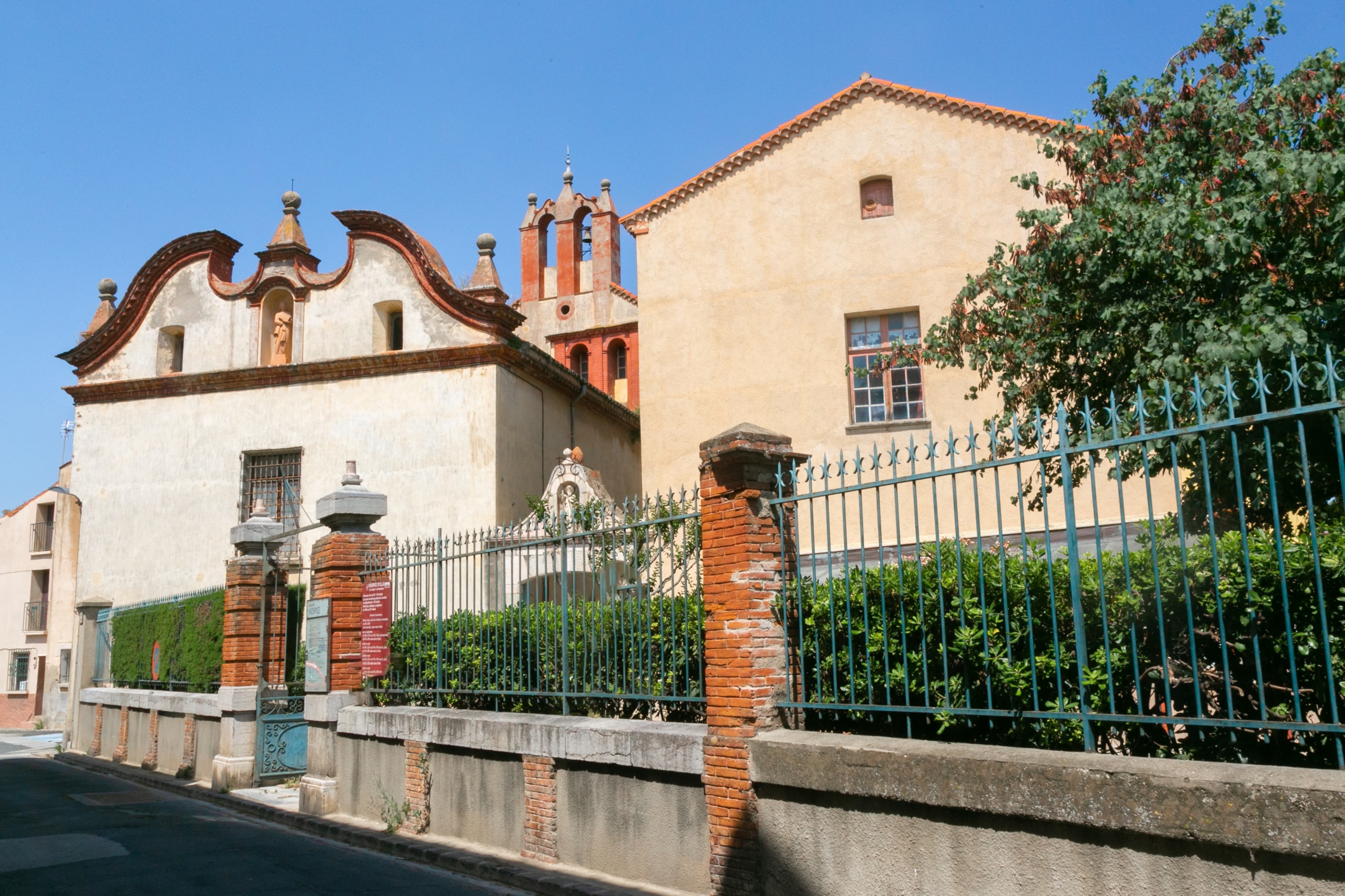 A man was stabbed to death in the early hours of Monday morning in Rue des Orangers in the centre of Ille-sur-Tet.  It was the victim himself who called for help but by the time help arrived the man was already dead, having been stabbed in the throat.  A 48 year old suspect was arrested at the scene – he was said to be very intoxicated at the time of his arrest and also known to the police for previous acts of violence.  An inquest has been opened. 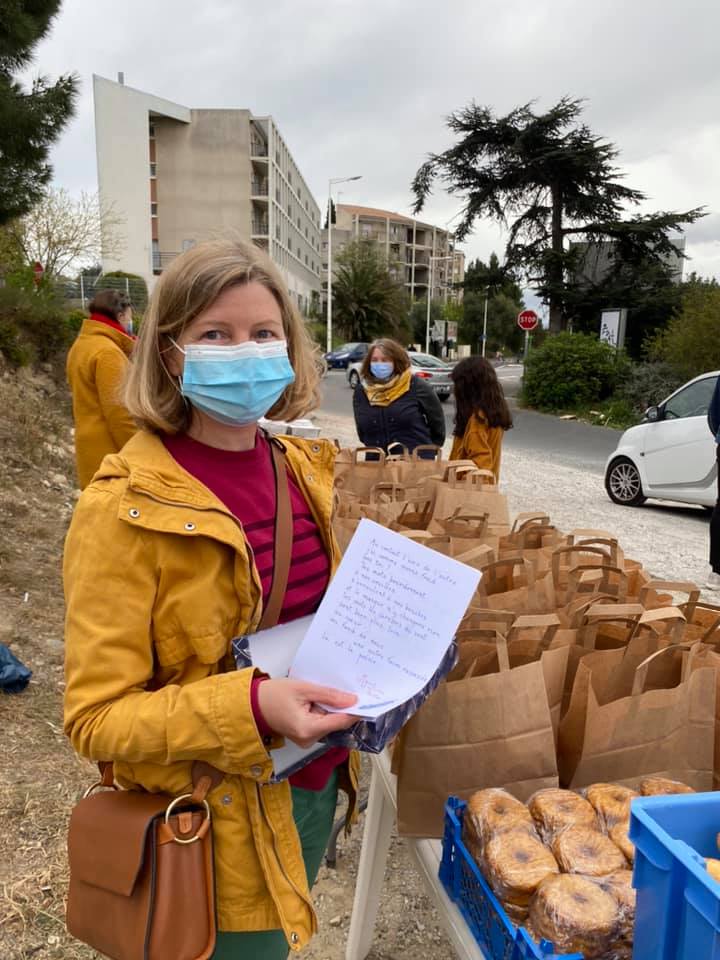 For nearly two months, a group of women have been cooking and offering hot meals to students in Perpignan every Friday.  The 10 women have formed a project called La Cuisine des Mamas and have been producing 160 meals every week.  Some restaurants have now joined in the project and one week 150 meals were cooked and offered free of charge.  Some students come to them because they can no longer afford to eat properly – others just turn up because it makes them feel good.

The mayor of Perpignan, Louis Aliot, has formalised a new logo for Perpignan, and opinions on the new design are ‘mixed’.  The old ‘Catalan Perpignan’ with the silhouette of the Castillet has been replaced by ‘Radiant Perpignan’ and the figure of Saint John the Baptist in front of the red and gold shield.  The Mayor did not call for a specialised design agency but asked a local artist to help, at a cost of 12,000€.  While some describe the new logo as ‘not bad’ or ‘the symbol of hope in a bright future’ others feel it is ‘too religious’  and that St John looks like a ‘frumpy Gaul’.  The Catalans are particularly indignant and organised a demonstration in Place Catalogne on Saturday with the logo ‘Touche pas à ma Catalane!

Since FNAC moved out of the Dames de France building in Perpignan there has been much speculation about who the next occupants would be.   This week it was announced that Carrosserie Robert, a franchise from Normandy, would be installing a car repair workshop on the ground floor of the listed building.  Robert Nard, the manager, explained that the site was ideal as they could also use Place Catalogne to store the spare parts and wrecked cars, and that they would be replacing the current statue of Dali with their company sign, the door of a Citroen 2CV.  This article was published on April 1st……