The one euro bus and train initiative has encouraged many more people to use the train within the region, and the amount of lines available at this price has doubled over the past few years. 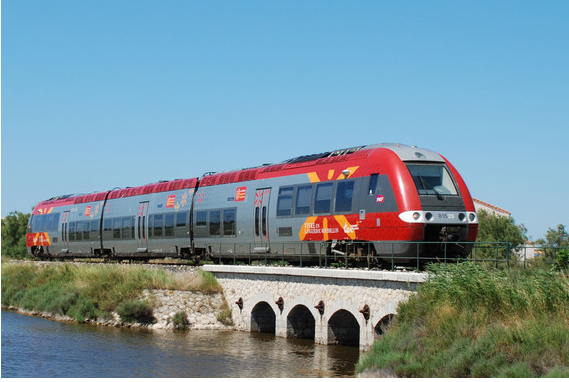 On some lines all tickets are 1€, no matter when you buy them. They are:

On other trains throughout Occitanie, a limited number of places are available
at 1 €.

Where to buy tickets:

On the other lines of Occitanie:

A Little Bit of History

First came the launch of the 1 euro bus  in November 2008, followed by the 1 euro train  between Perpignan and Villefranche-de-Conflent in December 2011.

In January 2015,  travel by train to anywhere within all  5 regional departments of the Languedoc Roussillon (Hérault, Gard, Aude, Lozère, Pyrénées-Orientales) for just one euro was launched, with tickets available on line only at train1euro.fr

Tickets are available ONLY via Internet, bookable for a designated train, and can be printed or displayed on smart phones, Ipads etc.

A DAY OUT ON THE ONE EURO BUS