Checked into Gatwick to fly to Perpignan yesterday and was asked “Window or aisle?”
“Window” I replied “… or you’ll do what?”

The winter season starts after the last weekend in October. Some flights might operate into the first week of November. What is really noticeable is how few flights to the south of France there are in the winter compared to the summer months. Some airline schedules completely omit the south of France at this time of year.

The startling news is at Girona where, for the second winter running, there are no winter flights from either the UK or Ireland, incredible after a really busy summer. Once again Barcelona’s El Prat airport has the vast majority of traffic.

This information was amassed in late July 2019, so by the time you read these words things could have changed.

Sad news is that yet again we have a winter with no direct UK flights or Irish flights. 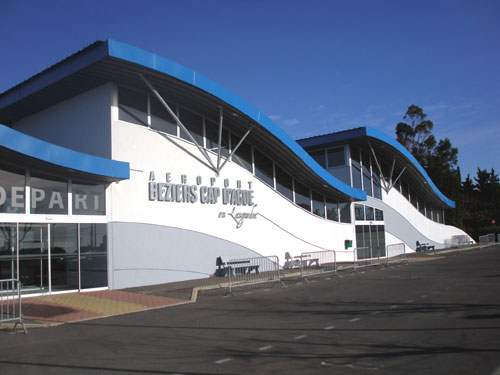 Ryanair remains the sole operator here, with three routes operating in the winter.

The airport we use as easyJet has daily flights from Gatwick in the summer, and in fact this London airport is the only UK destination served this winter as the Luton service terminates in the autumn.

Ryanair is the sole operator for P-O readers, but not in the winter.

A big fat zero. Some Jet2 flights operate into the first weekend in November then cease completely.

Ryanair has confirmed its intention to close the airline’s base in Girona airport from January 2020, blaming the decision on falling profits and the delay in the delivery of the grounded Boeing 737 MAX, that has left the company with 900 more pilots and crew than it needs. They added that Girona is not profitable in the winter season.

At the time of writing, (mid September) Ryanair has not yet identified which routes may continue to operate.

All being well, Jet2 will use Girona again next year.