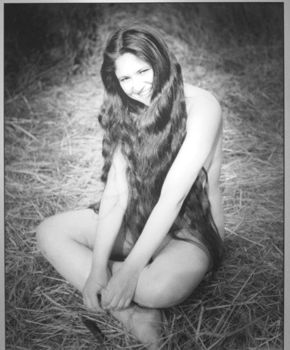 Born in Kishinev, in what is now Moldova, in 1919, Dina Vierny and her family moved to France where young Dina became model, muse and platonic companion for artist Maillol, from the mid-1930s.

She remained with him until his death in a car accident in Banyuls in 1944.

After his death, she continued to promote his work,  eventually creating the famous Musée Maillol in Paris.

She also posed for Matisse, Dufy and Bonnard

However, there was more to Miss Vierny than artist’s model.

Based at Maillol’s home in Banyuls, and unknown to Maillot, she helped to smuggle refugees into Spain, easily identifiable from a distance by her trademark red dress, commemorated by Maillol in one of his last paintings. 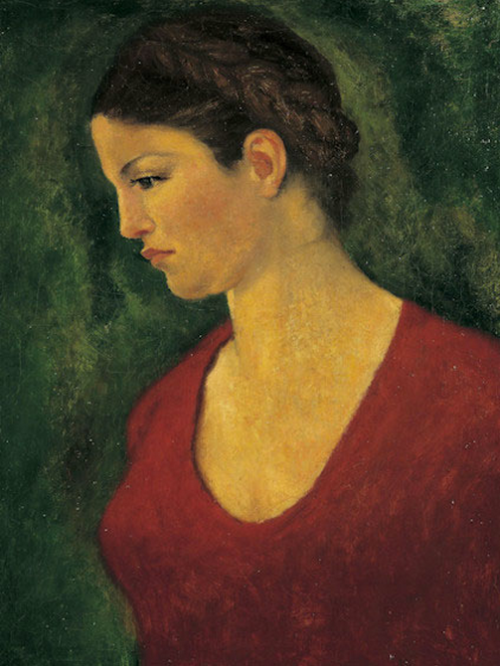 Refugees were told to take the last train to Banyuls-sur-Mer, get off and look for a girl in a red dress, who would be in the café opposite the station. They were not to speak to her, just follow her at a distance in silence. She never knew the identity of the people she was guiding, except for a few who contacted her after the war.

When Maillol found out about her nocturnal activities, he showed her shortcuts and smugglers’ routes known only to a native of the region, and even offered his studio at Puig del Mas as a halfway house.

Michael Kaufman, deputy foreign editor at The New York Times said “People trying to escape the Germans were told to take the train to Banyuls and go to the station cafe, where they would find a young woman in a red dress. She would lead them to a studio where they could sleep, and the next day they would walk a couple of miles into Spain. She saved the life of my father.” Sadly, her own father died in Auschwitz.

Arrested by the Gestapo, she was released after six months when Maillol intervened by appealing to Arno Breker, Hitler’s favourite sculptor.