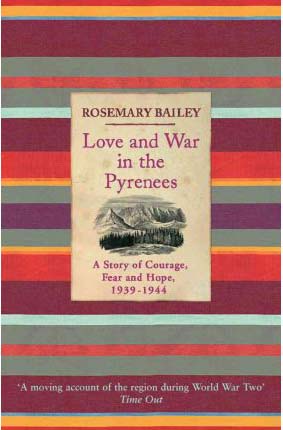 by Rosemary Bailey is available on kindle and in paperback, the cover glowing with the colourful stripes so familiar to lovers of the Catalan fabric of St Laurent de Cerdans.

It is a fantastic read, brilliantly researched and written in her inimitable blend of personal experience and historical fact.

It was a tattered pair of roped soled espadrilles hanging in the St Laurent museum that initially sparked Rosemary’s curiosity. They had belonged to one of the men who helped the refugees escaping Franco’s forces at the end of the Spanish Civil War and now she felt an immediate need to know more of the recent history of her adopted second home.

What stories there must have been during the “Retirada” as the republicans fled over the Pyrenees hoping for a welcome in republican France? Or, immediately after, what of the “Resistance” during the German Occupation?

A dramatic and turbulent time. But, as she soon found out, very few people were willing to talk about it.

Gradually and painstakingly she began to collect the bones of the story; all she needed was the hook on which to hang it. Then, one day, a woman living her home town of Mosset, asked her if she would be interested in a bundle of love letters written by her parents during the Second World War. They had lived in Corbiac, the converted monastery that was Rosemary’s home and the subject of her best selling book, “Life in a Postcard”.

The tale they told was made all the more poignant by them having the same wedding day (but not date) as Rosemary’s own. She could visualise the young woman awaiting the birth of her first child at Corbiac just as she herself had done over half a century later.

The husband, a doctor, his letters scribbled in indecipherable doctor’s handwriting, was at the front. The young wife’s replies, in beautiful copperplate script, contained their dreams and plans, the anxious moments as the war unfolded and she struggled to work the land and bring up their son. 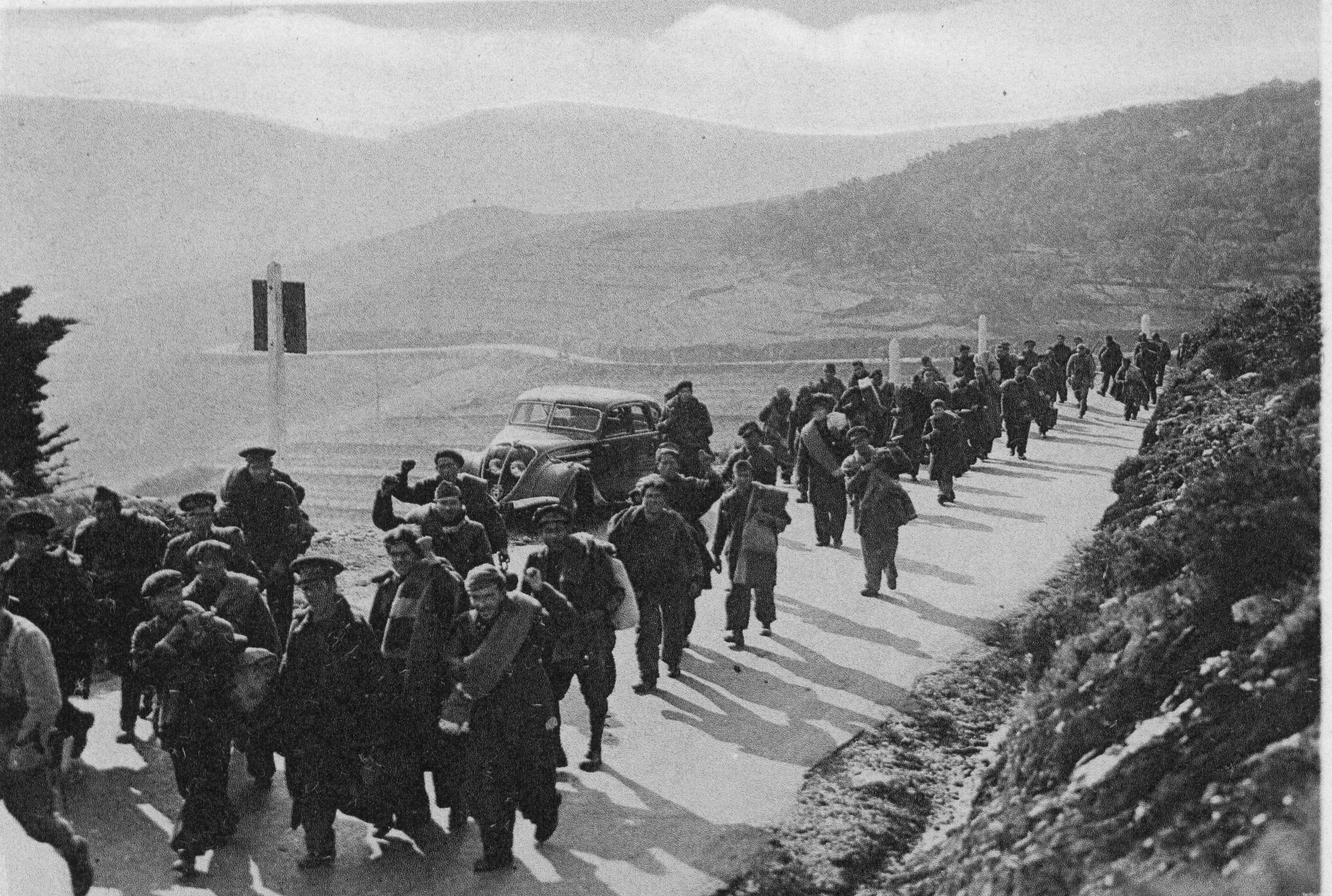 Deeply personal but simultaneously universal love letters, they formed a counterpoint to the challenge of probing memories buried deep, spoken of little, the suppressed history of concentration camps, mountain escape routes and the men who risked their lives to help refugees in both directions. Tales of collaborators, of resistance fighters, of the bravery and cruelty of war…

The resulting book uncovers many forms of love as well as the brutalities and conflicting loyalties of war. It is a brilliantly written record of a dark period in the history of the Pyrenees Orientales, lightened by personal experiences and the deep love Rosemary has for both the country and the people who live here.

Other books by Rosemary Bailey

In “Life in a Postcard” Rosemary Bailey tells the story of living in and the restoring of the converted monastery of Corbiac, on the outskirts of Mosset. She blends the everyday routines of the medieval monks with her own to make a fascinating tale of the simple and not always so simple life as it can be lived in the 21st century and as it was lived in the middle ages.

“The Man who Married a Mountain” takes us into the 19th century world of aristocratic explorers and mountaineers who gravitated towards the Pyrenees in search of the “Sublime”. Her hero is Sir Henry Russell-Killough, half French, half Irish, totally eccentric, he climbed every mountain in the Pyrenees, his favourite of which was the excessive and overpoweringly beautiful Vignemale. Accompanied by her young son, Rosemary Bailey leads us in his footsteps, interweaving her own Pyrenean experiences with those of Sir Henry in a travel tale per excellence.