Cemeteries are busy this weekend of remembrance and chrysanthemums are on sale on every street corner. Don’t offer them to your hostess when invited out for dinner! They are for the dead! FIND OUT MORE 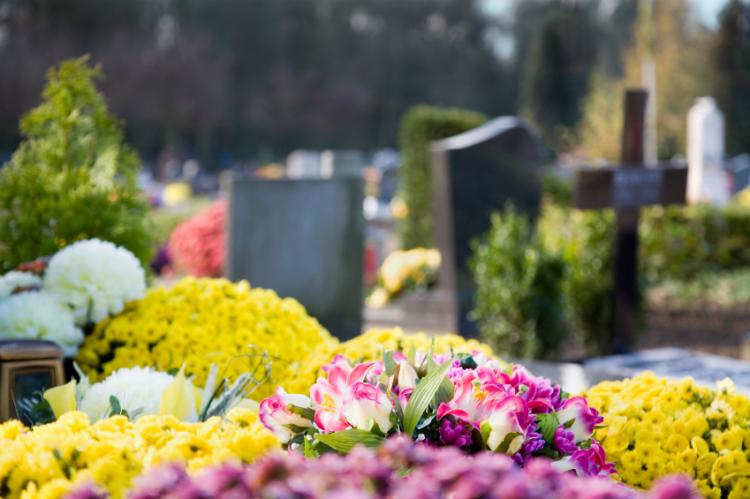 All Saint’s Day (la Toussaint), was originally created by the Catholic Church to honour the poor old saints and martyrs who didn’t have their own holy day.

Rather sneakily, it was also believed to be an attempt to detract attention from the Celtic, Pagan celebration of Samhain, (pronounced sow-in), born in the British Isles and later to become Halloween.

This  distraction was to turn people’s attention to celebrating the end of the bright, warm days of summer and preparing for the beginning of the cold dark nights of winter, when spirits were supposed to rise from the dead.

However, it was too late! Ghost, ghoulie and evil beastie celebrations had already caught on and Halloween soon became a yearly festival of masks and disguises to scare away the spooks and evil spirits.

Halloween in France however, has only recently become fashionable thanks (?) to films and American sit coms, McDo etc, all of which have given French children a taste for dressing up and ‘trick and treating’ (originally the poor used to go door to door receiving food in return for prayers for the dead.) 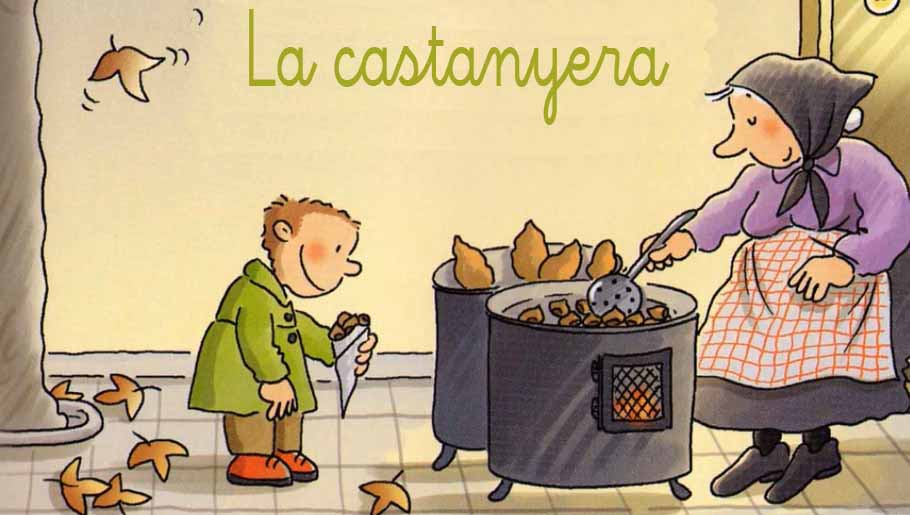 Here in Catalonia, All Saints’ Day and the evening before are known as the Castanyada, meaning Day of the Chestnut as well as Tots Sants (All Saints’) or Dia dels Difunts (Day of the Dead).

Whole villages used to stay awake in vigil, and the church bells would ring throughout the night.

They would eat ‘castanyes’ (roast chestnuts) along with ‘moniatos’ (roast sweet potatoes) and ‘panellets’ (small almond balls covered in pine nuts) and share Muscat in ‘porrons’, glass wine pitchers with stem to pour wine into your mouth without touching lips, and avoid passing on bugs!

The festival is usually represented by a castanyera, an old lady, dressed in peasant’s clothing  roasting chestnuts on the street.

The traditional, high energy foods were served up to prevent them from passing out from lack of sleep and the effort of ringing the heavy bells.

The armistice of 11 November 1918 marked Germany’s surrender and the end of the First World War. The date has become a day of remembrance to pay tribute to all soldiers.

Flowers are placed on the tomb of the “soldat inconnu” (Unknown Soldier) beneath the Arc de Triomphe in Paris and other war memorials. Most shops closed.

The remains of a single French soldier slain on the battleﬁeld of were buried on November 11, 1920, two years after the end of the ironically named ‘War to End All Wars’. His name is unknown but he represents and honours  more than a million French soldiers who died during this conflict.

To chose one ‘unknown’ soldier, 8 bodies of slain soldiers across France were unearthed with the permission of the families, placed in caskets and moved to Paris. Here, a local soldier, 21-year-old August Thin, picked out one of the caskets.
The Unknown Soldier had been chosen. 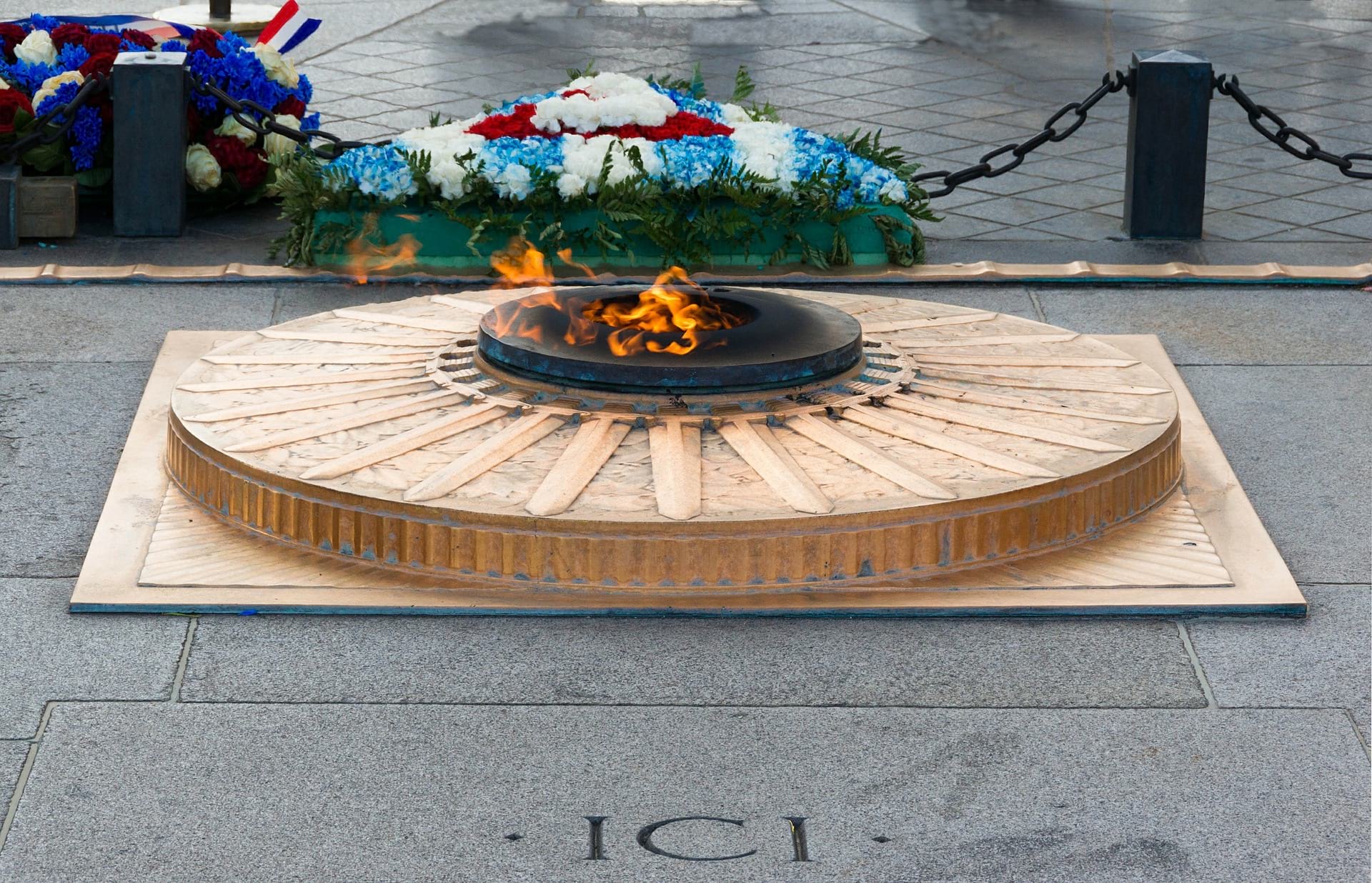 Rather outmoded now, but nevertheless observed by some, particularly hat makers, the ‘Catherinettes’ were poor old ladies of twenty-five years old who had not managed to hook themselves a husband by the 25th November, Feast of Saint Catherine, patron saint of young unmarried women.

Their friends would make hats for them using the traditional colours of yellow for faith and green for wisdom.

These hats would be as outrageous as possible and were to be worn all day, for all to see and wish them a speedy end to their single lives!

Before reaching 25, a girl would pray for a ‘mari de bon lieu!” (a well-situated husband) 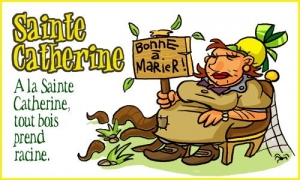 After 25, she would pray for a husband who was ‘supportable, ou qui, parmi le monde, au moins puisse passer!’ (bearable, or who can at least pass as bearable) and approaching 30 would pray for ‘Un tel qu’il te plaira Seigneur, je m’en contente!” (Send anyone Lord; I’ll take it!).

‘Capping Saint Catherine’ (coiffer Sainte Catherine) became synonymous with still being still single after 25. As women’s status changed in society, so the tradition more or less died out, but parades of ladies wearing striking and outlandish hats can still be seen on 25th November.

Saint Catherine herself was a young, noble and well-educated girl who lived in Alexandria at the beginning of the IV Century. According to legend, she visited the Emperor and attempted to convince him of the error of his ways in persecuting Christians. When he realised that she was successfully converting his followers, including his own wife, she was imprisoned and later condemned to death.