The Charles Rennie Mackintosh Association Centre in Port-Vendres is currently closed, but a new interpretation centre will be opening soon. This will be at Place Castellane, Port-Vendres (next to the cinema) in an art deco building, designed by the renowned Perpignan architect, J. Berthier, and is expected to open on July 1st 2022 at 15h. Put the date in your diaries; we do hope to see you there..

A SCOTSMAN IN PORT-VENDRES

When I first came to live in Port-Vendres, I was shocked to discover that although the renowned Scottish architect/designer and his wife, Margaret, had lived here for about four years, he was unknown! Yet it was here, during a time he described as the happiest period of his life, that he carried out some of his best-known and loved work, his water-colours of the region.

This Scottish genius, known around the world for his architectural designs— buildings containing everything from original wall decorations, to lamps and furniture—finished his life in near poverty.

This Scottish genius, known around the world for his architectural designs— buildings containing everything from original wall decorations, to lamps and furniture—finished his life in near poverty.

Mackintosh apprenticed and trained as an architectural draughtsman, attending studies at the Glasgow School of Art. His colleague/apprentice, Herbert McNair and he became friends with a group of other young students, including Margaret Macdonald and her sister, Jessie. Together they developed a style of design seen as related to life and nature and became known as “The Four”. The avant-garde style, often with sexual imagery, was met with suspicion and viewed as carnal or weird.

At the same time Mackintosh (known as ‘Toshie’) was winning national and international prizes from his early study period in both the craft of producing a building, as well as for his artistry. In his free time, he travelled around Scotland and England and developed drawings of plants and buildings, particularly Scottish tower houses and English parish churches and cottages. He took commissions for free-standing pieces of furniture and showed a number of them in an exhibition of Arts and Crafts works in 1895 and stated that he found it unnatural to separate his artistry from the formal craft of an architect. 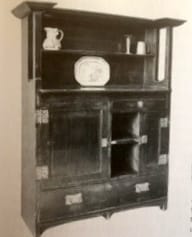 In January 1897, Honeyman and Keppie Architects won a competition to design the new Glasgow School of Art, with a design by Mackintosh, and it is this building for which he is best known. In common with his other buildings, everything within was designed completely, from the structure to the smallest detail of furniture and furnishing. Many of his furniture designs are based on the natural forms he found in the plants he had been painting. 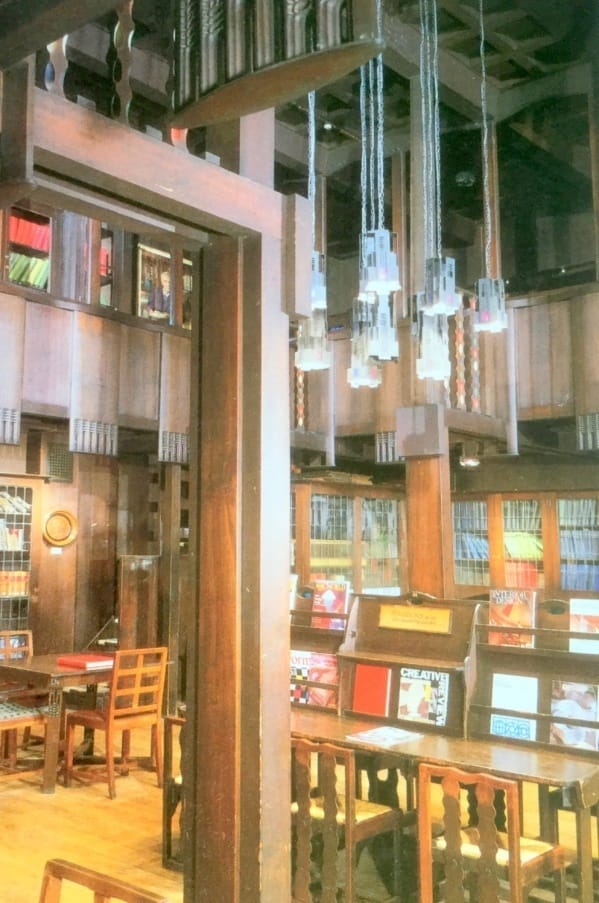 With his interior designs, he was increasingly aided by his wife, Margaret, who he married in 1900 and whom he came to regard as the better artist. He once said, “I just have talent, Margaret has genius.”

The couple developed a style that was highly regarded internationally. They took part in the 1900 Vienna Secession, where their work was lauded.

Mackintosh continued to develop his love of nature and art during their holidays, drawing flowers, and colouring with watercolour washes, with details in more solid colour.

Most were of wild flowers, and many details in his furniture seem to have been drawn from such nature studies.

The Mackintoshes left Glasgow forever in 1914, heading for the South of England, as their style gradually became unfashionable. He had a reputation for arrogance and was also unpopular with other architects, having been openly critical of them.

The couple first stayed in Walberswick, on the Norfolk coast, where he further developed his flower drawings, thought to be for a book to be published in Germany. He also did a series of landscape paintings, incorporating local vernacular buildings.

Soon, however, the First World War erupted. Locals reported Mackintosh to the police as a suspected German spy, because he appeared a strange figure with his cape, cap, odd accent and his habit of wandering around with a sketch book. He also was known to receive letters from friends in Germany and Austria.

After, they stayed in Chelsea for about eight years, during which he was asked by a businessman, Bassett-Lowke, to alter a terrace house in Northampton. This commission turned into one of the most significant of his life.

He also extended Miss Cranston’s Willow Tearooms, with a Dug-Out, and he did some new water-colour flower paintings, which led to designs for printed textiles. In 1920 he was asked to design several houses in Glebe Place, Chelsea and this gave some hope for the future, but little came of this work.

He became increasingly depressed. Friends, Rudolph Ihlee and Edgar Hereford lived in Collioure, and he had heard life was less expensive there. Margaret came into a small sum of money at this time, and so, in 1923, they embarked on a holiday that lasted about four years.

Mackintosh was inspired to start painting the landscapes and villages they saw as they travelled. They stayed in Collioure in 1923, and are known to have been at the Hotel du Commerce at Port-Vendres in December 1925.

This busy port perhaps recalled memories of Glasgow. The dining room looked out over the harbour to the open sea. Although the couple’s French was not very good, the proprietors, M et Mme Dejean, apparently treated them with care and sympathy.

In January 1924 they stayed in Amelie-les-Bains, where they saw Palalda. In February 1925, they rested in Ille-sur-Tet, where food was good and a hotel cost just four shillings a day. Here they discovered the Orgues and Mont Alba.

In July they were in Mont Louis, from where they found La Llagonne and Fetges.

The Leicester Art Galleries gave Mackintosh a commission for an exhibition of 50 paintings, but poverty meant they had to sell some paintings to raise cash. He explored what he saw—Fort Mailly, the Port , the Lighthouse, the Rock—struggling to develop his technique.

In December 1925 he wrote to Fra Newbury, his former tutor, “I am struggling to paint in watercolour – soon I shall start with oil.”

Margaret returned to London in May 1927, for treatment of a long-term illness. Mackintosh wrote to her almost every day “a sort of chronacle (sic).” From these letters, which survive, we know most about their time in France, though we know nothing of her replies.

She returned to France in July 1927, and they stayed in Mont Louis until they went to London for treatment of his illness. He had complained that his tongue was swollen and blistered (probably due to cigarettes); the diagnosis was cancer. The couple rented a small apartment in Willow Road, London, where he died in December 1928.

Margaret returned later that December and for three months every summer to the Hotel du Commerce until her death in January 1933. According to the memory of her friend Isabelle Ihlee, it seems probable that it was during one of these visits that Margaret fulfilled her wish to scatter his ashes on the sea at Port-Vendres.