A car travelling on the A9 towards Spain was registered as travelling at over 200 km/h by traffic police near the service area of Le Village Catalan. The driver, a dutch national, was fined 750€ and his licence was taken away. His passenger had to take the wheel for their holiday to continue.

A 2 year old girl died after an accident in a village cafè in Laroque-des-Albères on Friday. The child was clinging on to the edge of a round wooden table with a central foot when the table rocked over and fell onto her, causing fatal injuries.

Following the violent storm of 22/23 October, 5 communes have been officially designated as having suffered a ‘natural disaster’, which will help cover damage to property which is not covered under normal insurance policies. This applies to Argelès, le Barcarès, Cerbère, Perpignan and Port-Vendres. Oms, Maureillas and Cabestany are also hoping for the same classification but the decision has been adjourned pending further investigation.

Police are appealing for help in their search for a man who has been missing since Sunday 27th October. The 53 year old is said to enjoy hiking, may be accompanied by a dog, and could be heading towards Banyuls-sur-Mer where he is originally from.

During the high winds of the recent storms, an English couple were watching the breaking waves near the old lighthouse at Collioure, when they ventured just a little too close. The lady fell in and her husband immediately jumped in to try to save her. Luckily some nearby surfers were on hand to rescue them. They were treated for shock and hypothermia. 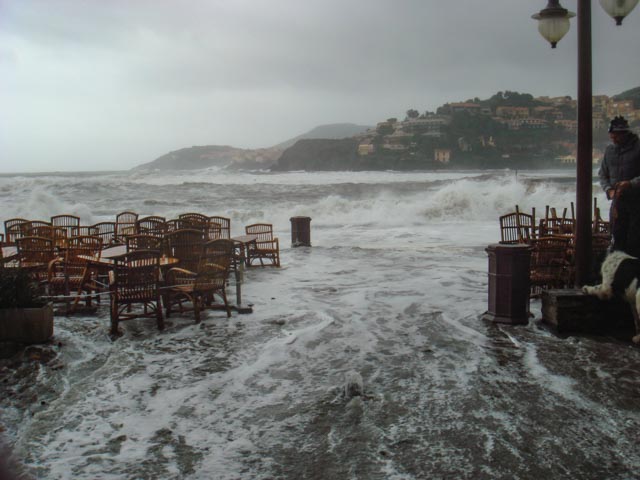 Two protests for the price of one

An unlikely mix of protestors marched through the streets of Perpignan on Saturday. Over 100 ‘Yellow Vests’ had started their march when they encountered over 100 ‘Veiled Women’ protesting against Islamophobia. After a few exchanges over a microphone, they decided to march together.

A man who made an appointment with an escort girl was sadly disappointed by his experience. He arrived at the address and was greeted by a young woman, but once in the apartment a man with a knife took his credit card and 95 euros in cash. The victim called the police, who discovered that the man was the escort girl’s father-in-law and already known to the police. The young woman was let off without charge.