Moving articles on the Retirada  paint a vivid picture of the horrors  suffered by the Republican refugees in 1939.

The shameful camps, over crowded, in-humane, crammed to overflowing with desperate Republicans escaping Franco’s Spain seem an unlikely place for art to flourish.

But artists were there as can be seen in the Museum in La Jonquera. And they did not go un-noticed in Perpignan either. In April, 1939, an exhibition was held of drawings by Antoni Clavé, Florès and Fontseré.

The quality of the drawings impressed Martin Vivès, a local Catalan painter. He had a Republican background, had been at school in the same class as Salvador Dali in Figueres and was later to count Cocteau, Dufy and Picasso among his friends. 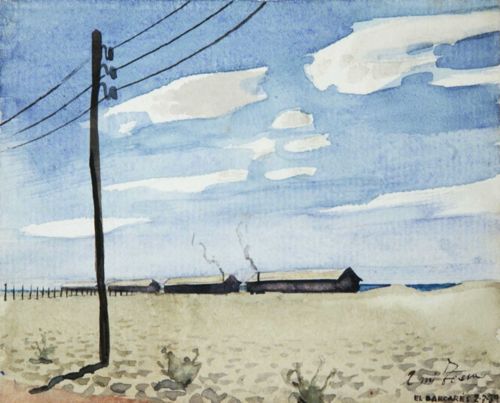 Vivès made his way to the camps to meet the artists, a meeting remembered by Antoni Clavé in an interview published in L’Independent in 1977:

“We were thousands at Haras. One day I met a man (Vivès) who said to me, “I have seen your drawings and I am going to take you out for 24 hours.” I was overjoyed. A day of liberty and normal life, that meant a lot to us. The next day Vivès returned, “pack your bags” he said, “you and Fontseré and Florès are coming with me.” 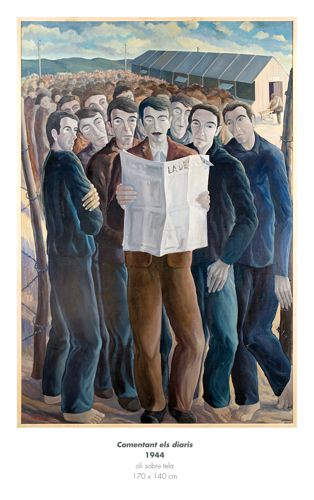 He took them to his home. They remained friends for life.

Vivès did not stop there. Through his contacts at the Town Hall, he continued to help artists to escape the horrors of the camps becoming, himself, a member of the Resistance in 1940. He was on the Départment’s Liberation Committee at the end of the war and, after Liberation, was decorated as a Resistance hero. 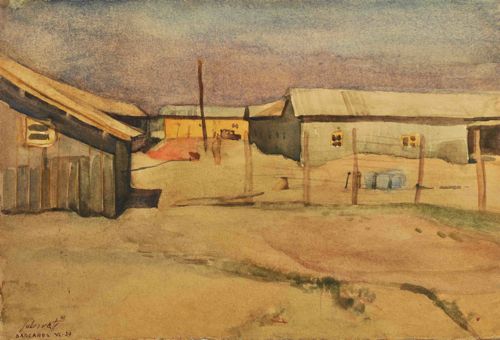 After the War, Clavé, Fontseré and Florès went to Paris but Martin Vivès remained in Perpignan, his painting and life rooted in the Catalan landscape he so loved, his work full of colour and light, strongly influenced by Cézanne. He was one of the few mourners at Maillol’s funeral in 1944.

He presided over the opening of the Museum in the Hotel Lazerme. He toiled ceaselessly to obtain the canvasses of Clavé, Florès, Dufy, Descossy; the sculptures of Maillol, Gili…So much of the wonderful art created in Roussillon in the first half of the twentieth century had slipped away, unrecognised at the time. Vivès did all he could to reverse the trend. He created an association of Friends of the Museum to further enrich the collection with gifts and donations.

Thanks to Martin Vivès and his successors, the collection has outgrown the Museum. The recently-renovated museum, Musée d’Art Hyacinthe Rigaud, is nestled in the heart of old Perpignan, in a quartier dating from as far back as the XII century. The site now also includes the historic hôtel de Lazerme and the hôtel de Mailly, which both began as private homes to two of the most influential intellectuals of Perpignan’s rennaissance period in the XVII century.

Perpignan’s long history of art, stretching from the thirteenth century to the present day, is on show, allowing visitors a deeper understanding of Perpignan,  reflecting the town’s history and surroundings, open to all, locals and visitors alike.